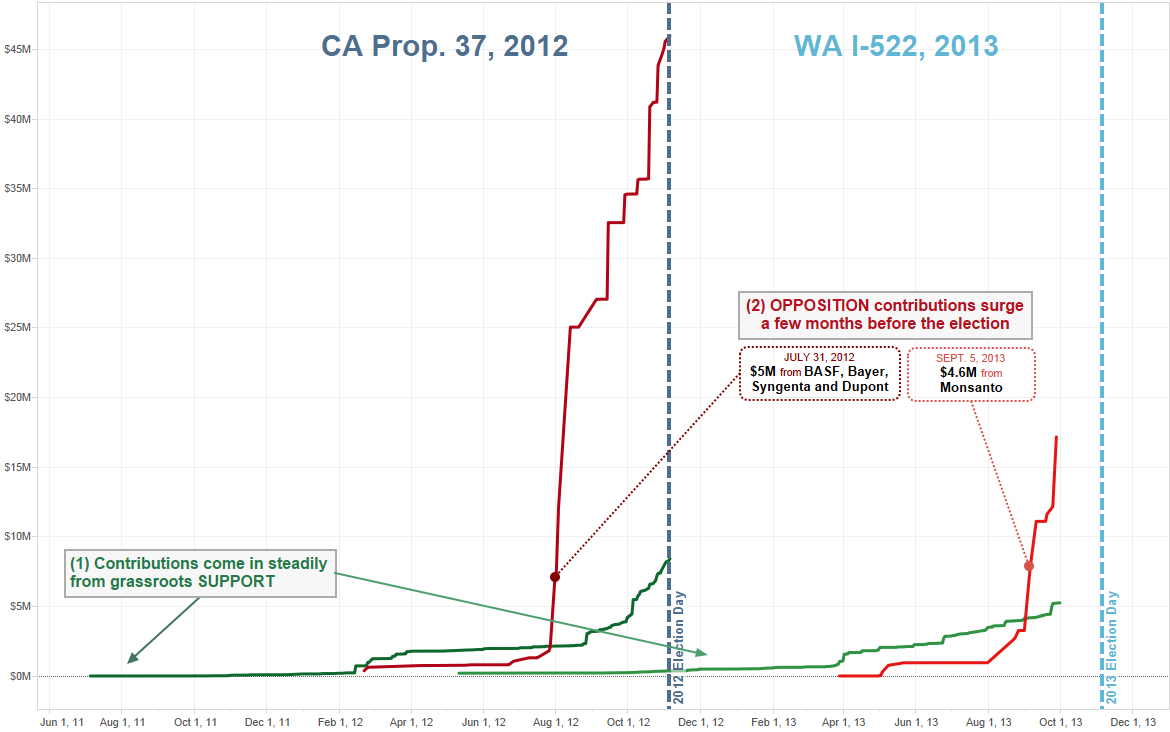 Opposition to a Washington State ballot initiative to require labels on products containing genetically modified crops has grown exponentially over the past two months. The initiative, I-522, is a sibling to California's 2012 Proposition 37: many of the major contributors in this race also contributed to committees for or against Proposition 37, and the recent spike in opposition dollars echoes last year when the opposition to Proposition 37 "bankrolled" a "media blitz" in the final stretch.