Celebrating a Decade of MapLight! 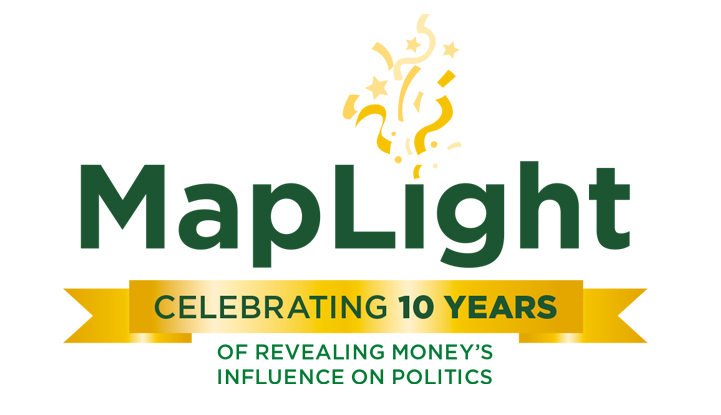 Today MapLight celebrates a milestone: 10 years of shining light on our broken system of money-dominated politics.

Ten years ago, I was a disillusioned part-time activist frustrated that money made a bigger impact on how legislators voted than citizens' voices did. This distortion wasn't covered much in the news and didn't register with many people as a fundamental problem we could work together to fix.

I started experimenting with political data, combining the money lawmakers receive with how they vote, sparking a new way of revealing the price we all pay for our broken political system. Working with my co-founders Jaleh Bisharat and Thomas Layton, MapLight grew from a tiny office in a rented spare bedroom to what is now a national organization exposing influence, affecting public debate, and helping to build the movement to fix our country.

When MapLight began, proving that special interest donations correlated to votes could take weeks of research for a single bill, leaving citizens in the dark. MapLight made it possible, for the first time ever, to unearth these connections with the click of a mouse—and opened a new era of exposing influence and achieving real-time accountability.

Since breaking new ground with our money and politics database in 2005, we have:

In the ten years since I co-founded MapLight, the money and politics reform movement has grown to national prominence. I am incredibly proud of the unique and critical role MapLight has played in raising the national consciousness and building the political climate necessary to remedy this fundamental flaw in our political system. As one of our supporters, you should be proud, too.

My deepest thanks to all of you—our financial supporters, volunteers, board members, data partners, dedicated staff team, and more. MapLight exists only because you want it to exist. Because you, and we, know that we can fix our country's problems by working together.

P.S. Save the date for our tenth anniversary event May 13th in San Francisco. I hope to see you there!