Defense Contractors Covering More Than Half of U.S. With Corporate PAC Dollars 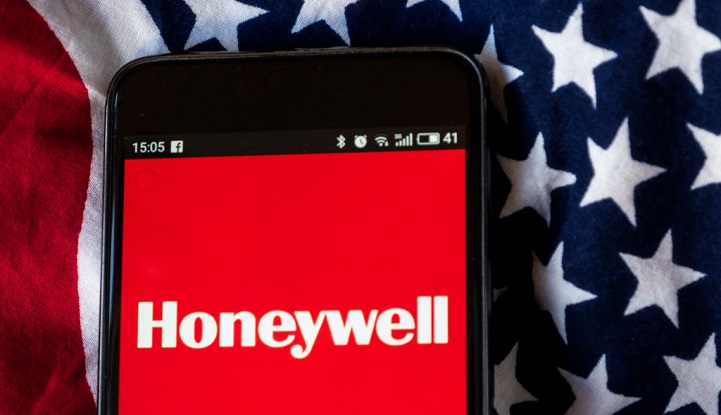 The Honeywell logo displayed on a smartphone.
Photo Illustration by Igor Golovniov/SOPA Images/LightRocket via Getty Images.

Major Pentagon contractors have been the largest corporate PAC donors across more than half of the U.S. during the current election cycle, according to a MapLight analysis.

Honeywell International Inc., the Charlotte, N.C.-based defense firm that received $1.3 billion in defense contracts during the 2018 budget year, has given $1.3 million to candidates for the 2020 elections. It’s been the top donor in eight states, including New York, Colorado, and California.

The figures obtained from the Federal Elections Commission indicate that while voters may be focused on issues such as health care, political corruption, or climate change, lawmakers still are beholden for a substantial amount of support from companies that received more than $358 billion in tax dollars last year.

The Home Depot, which doesn’t rely upon the Pentagon for a major part of its revenue, was the largest source of corporate PAC money in four states: Wisconsin, Illinois, Georgia, and New Mexico. Kenneth Langone, an investment banker and billionaire who financed the company’s startup, is a major donor to Republican causes. The Atlanta-based retailer’s political action committee has given $1.1 million to candidates so far during the 2020 cycle.

Other major source of defense-related corporate PAC money have included Northrop Grumman, Raytheon, and L-3 Technologies, each the largest donor in three states; Lockheed Martin, the biggest contributor in two states; and General Dynamics, Boeing, FedEx, Spirit Aerosystems, Huntington Ingalls, Centene, Chugach Alaska, and Leidos. All except Spirit were among the top 100 defense contractors during the 2018 budget year.