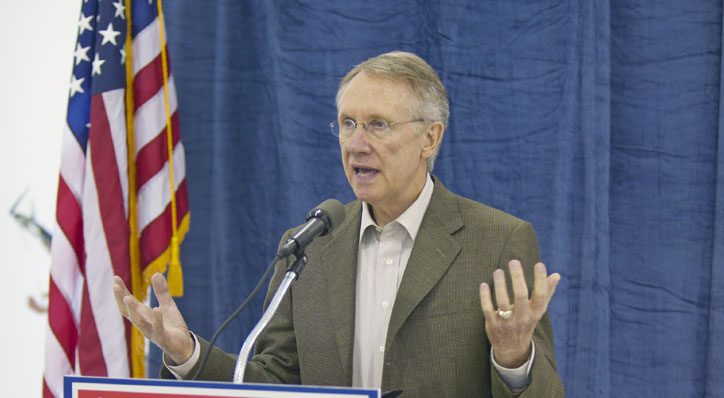 The bill's chances at passing lost steam on Thursday when 46* senators—primarily Republicans—voted to uphold a filibuster of a bipartisan amendment from Sen. Joe Manchin and Sen. Pat Toomey that would have required background checks for all commercial gun sales, including those made on the internet and at gun shows. Gun sales from individuals would have been exempted under the amendment. Supporters of the gun bill considered the Manchin-Toomey amendment their best chance to bring enough Republicans on board to overcome a filibuster of the larger bill.

An original state-by-state visualization from Maplight of contributions to and from the NRA and Brady Campaign to Prevent Gun Violence can be viewed here.

Data: Maplight analysis of contributions from the NRA PAC to 113th Congress.

Methodology: MapLight analysis of campaign contributions from the NRA political action committee to committees associated with members of the 113th Congress during the 2010 and 2012 election cycles (2009-2012) based on latest available data from the FEC as of February 4, 2013.

*Reid voted "No" for procedural reasons.