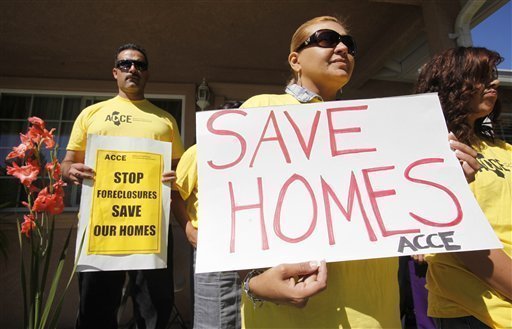 MapLight worked with Alliance of Californians for Community Empowerment (ACCE) to provide the custom research and data analysis for their exposé, “All the Foreclosures Money Can Buy,” examining Wall Street contributions to California legislators. Our data provided the hard facts and news hook necessary to insert this issue into the news cycle. The report later became the foundation for an article in the LA Times highlighting MapLight’s data on campaign contributions and the legislation under consideration: “Amid bailouts, banks spent big to thwart foreclosure legislation: The $70 million spent in California on lobbying fees and political contributions came at the same time the banks were getting billions in federal taxpayer bailouts to keep them from collapsing.” The LA Times story was picked up by the Chicago Tribune, Forbes.com, the Wall Street Journal, and other outlets.

MapLight worked with ACCE over many months to craft the original exposé which placed vital information on the costs of corporate influence into the hands of activists and ordinary Americans who were most hurt by the failures of government to protect them from corporate greed. The report was fundamental to shaping public discourse by focusing on the corporations and corrupt system that created the foreclosure crisis, and the lack of corporate regulations that left homeowners defenseless in the wake of the 2008 economic crisis. MapLight helped ACCE frame data on political contributions and the voting of elected officials to craft a pointed and irrefutable narrative of corporate influence that enabled ACCE to take on these powerful institutions and advocate for the interests of everyday Americans. By moving quickly to meet ACCE’s research needs, MapLight’s data and the emerging narrative became a pivotal leverage point for ACCE’s campaign. The new narrative of corporate influence trouncing public interest in government to hurt Americans at their most vulnerable was circulated widely and picked up by the mainstream media, adding momentum to ACCE’s campaign and ultimately resulting in Governor Brown signing the California Homeowner’s Bill of Rights. The measure led to a 51.4% decrease in notice of default filings by lenders, and resulted in the lowest foreclosure rate since 2005.