A New Graphic Novel to Help Fix Our Broken Democracy 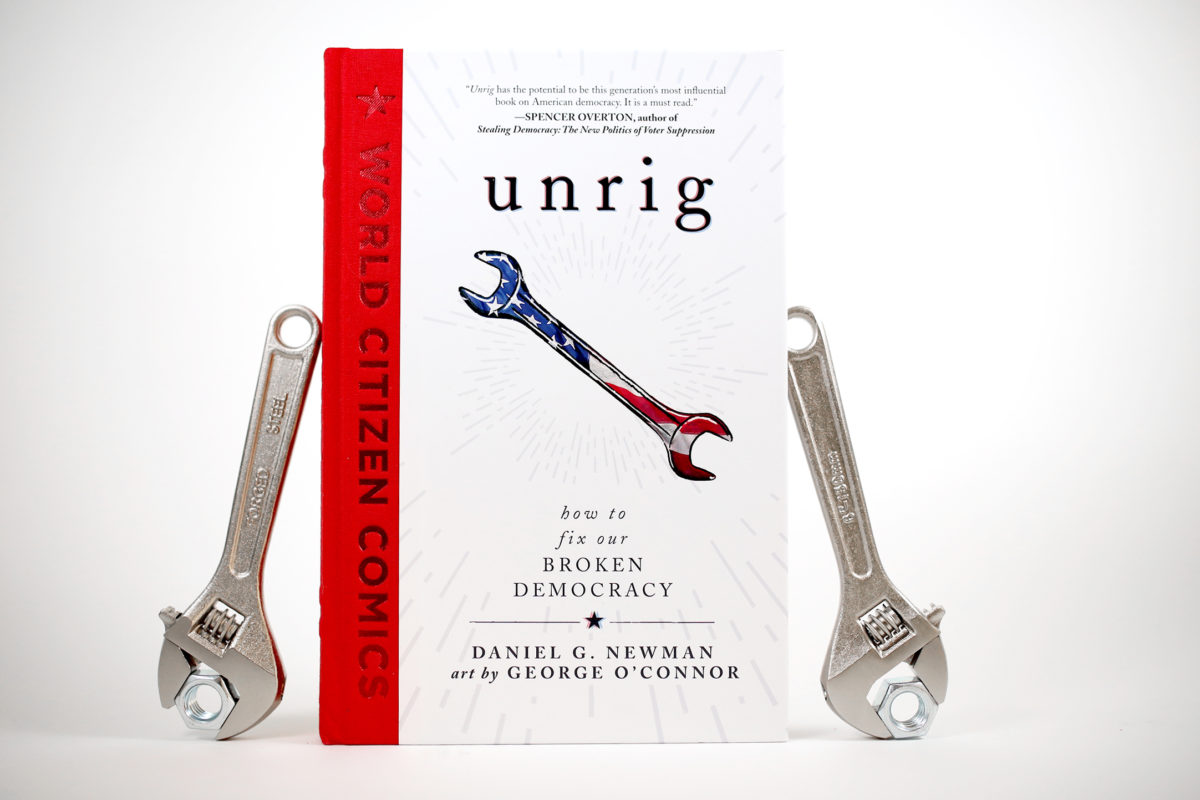 Unrig: How to Fix our Broken Democracy is a nonfiction graphic novel written by MapLight President and Co-Founder Daniel G. Newman and published by First Second of Macmillan publishing.

As Election Day approached in 2004, I was buzzing with excitement.

I was fed up with big money controlling government, so I had started a campaign to introduce publicly-funded elections in Berkeley, California so that candidates wouldn’t have to depend on wealthy interests. The law I proposed was on the ballot. I had never run a campaign before and was thrilled at the prospect that when the ballot measure passed, I would have accomplished something significant.

But the measure didn’t pass. I was dejected, feeling like a failure for more than a year. I tormented myself. If only I’d reached out to more people. Or made one or two fewer mistakes.

Over the next decade, the Supreme Court ushered in even more money in politics, generating more energy than ever to change our broken system—including momentum for another local effort in Berkeley. My desire for change was just as strong, but I was held back by my past feelings of despair. What if I attempted another campaign and it lost?

I realized I needed to separate my success as a person from the success of the campaign. My job was to make the best effort I could, regardless of the outcome. That new humility, in the face of the uncertainty of politics, allowed me to try again. And in 2016, we won! The new unrigged system became part of the city’s constitution.

During the last 15 years at MapLight, I’ve learned about the solutions that are helping our democracy work for everyone and met the people making these changes happen. Unfortunately, these success stories are mostly absent from the media and from other books. I wrote Unrig to show that change is not only possible, but that it is already happening.

This may come as a surprise, given my profession, but I don’t love reading books about democracy. Too often they are dry and pessimistic. I wanted to write a book that I would be excited to read myself. That’s why I wrote a graphic novel. Unrig is fast-paced, with art by George O’Connor that’s engaging and fun. It’s a comic book written for adults. It covers the biggest concepts in our democracy, meticulously researched, with unprecedented clarity.

My personal mission is to fix our democracy because it’s the key lever of change to make America work for everyone. I hope that Unrig will bring you insight and inspiration. It’s available wherever books are sold. I invite you to order a copy today.