Ben Nelson to Represent Regulators from His Top-Contributing Industry 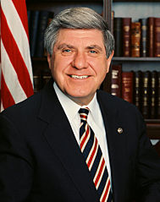 Just a few weeks after bidding farewell to his seat in the Senate, it appears that Ben Nelson has no intention of ending his political career. Former Sen. Nelson, D-Neb., has been named the CEO of the National Association of Insurance Commissioners, which represents top insurance regulators in the United States. He has also joined the public affairs firm Agenda, where he will serve as a senior advisor.

Data: A MapLight analysis of campaign contributions to Ben Nelson from top industries and companies from July 1, 2006-June 30, 2012.