Billionaire Investor Has Given Nearly $1 Million to GOP, Trump 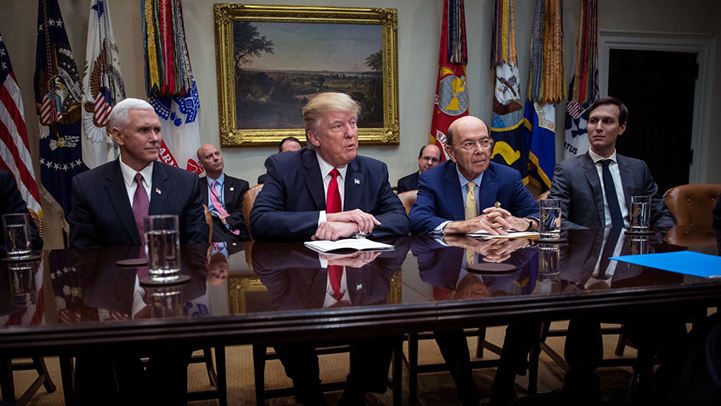 February 27, 2017 -- The U.S. Senate confirmed Wilbur Ross as secretary of the Commerce Department on a 72-27 vote Monday night. A private equity investor, Mr. Ross is estimated by Bloomberg to possess assets worth $2.9 billion -- accounting for nearly half of the combined net worth of President Trump’s Cabinet. As head of the Commerce Department, Ross would collect and report economic data; oversee trade agreements; regulate businesses; carry out the 2020 decennial Census; and monitor the effects of climate change.

He gave $200,000 to the joint fundraising committee “Trump Victory,” making it the single largest recipient of the nominee’s political donations since the 2012 election cycle. Ross also gave $117,100 to the Republican National Committee during the same time period. Since 2007, he’s donated $32,500 to seven senators who will vote on his confirmation, the largest recipient being Marco Rubio of Florida. According to OpenSecrets.org, Ross has made nearly $1 million in political contributions to Republican candidates since the 1990 election cycle, and contributed more in the 2016 election cycle than in any previous cycle.

Ross, 79, made his fortune by acquiring bankrupt or failing businesses, especially in the challenged steel, coal, banking and textile industries. He has agreed to divest himself of interests in at least 80 companies and investments, although he plans to maintain a partnership in a medium-range oil tanker shipping business that includes the Chinese-owned sovereign wealth fund.

He was a top economic adviser to Trump’s presidential campaign, which vowed to restore U.S. manufacturing capabilities and renegotiate trade agreements. Along with Housing and Urban Development nominee Ben Carson, he’s one of two Palm Beach, Fla., residents nominated to serve in the president’s Cabinet. Ross has a $23 million home located about a mile from Trump’s Mar-a-Lago resort in Palm Beach.

MapLight analysis of campaign contributions from Wilbur Ross to Senators in the 115th Congress since 2007 using data available from the Federal Election Commission as of February 26, 2017.