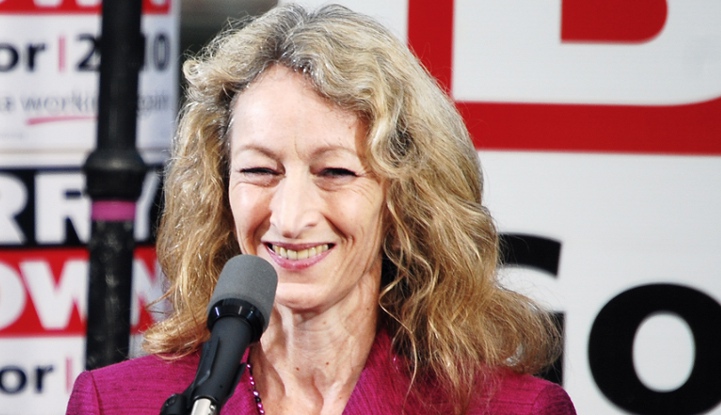 The request was co-authored by MapLight's Daniel G. Newman and Kathay Feng of the grassroots organization Common Cause. Feng and Newman asked that Bowen “upload a copy of the Cal-Access [campaign finance] database [daily] to a publicly accessible website where data can be downloaded as a single file by members of the public and the media."

Cal-Access, the office's campaign finance database, currently only allows users to download data for one committee at a time. A question like, "How much, if any, money has corporation X given candidate Y over the course of his career?" can take hours of searching and combining spreadsheets to answer. Signatories to the request included the Los Angeles Times, the Sacramento Bee, the Sunlight Foundation, and Senator Leland Yee.

In her response, Bowen wrote that a more comprehensive download is prevented by the fact that the current dataset includes fields like street addresses and bank account numbers, which would be illegal to post online and which she claimed her office lacked the resources to filter out. She also pointed out that the data was "readily available" on a $5 mail-order CD-ROM, which Newman dismissed as "so 1980s."

He also argued there was a "low cost and automated" solution to the filtration problem, offering the technical assistance of MapLight's data team, and called the current presentation of data "inefficient and unacceptable." "The internet has been part of citizens' daily lives for more than 15 years," he said, "and it's time to post the database on the internet for the public to download."