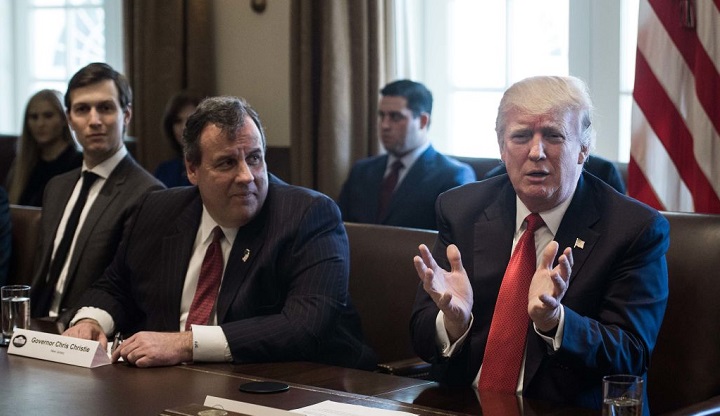 Christie, whose eight-year administration spent almost $1 million battling to keep public records secret, issued a letter in his last week in Trenton that declared any requests involving his office's electronic records would be handled by his private lawyer, rather than by state employees.

But Jeff Chiesa, Christie's attorney, used the letter as the basis for rejecting MapLight's request for copies of emails between Christie’s office and the Kushner Companies -- even though he said his law firm had "identified a limited number of responsive documents." The New Jersey State Archives shared Chiesa’s letter in response to MapLight’s records request.

Flavio Komuves, a partner at the Zazzali Fagella law firm in New Jersey, said that OPRA requires government officials to review records requests and determine whether to release documents. Under Christie’s letter, Komuves said, “that decision is being made by his personal lawyer who owes an obligation to him personally, and not by someone who has sworn an oath of office to look after the public interest. That is a very disturbing aspect of what’s happened here.”

Chiesa, who served as Christie’s attorney general from 2012-13, did not respond to questions from MapLight. The State Archives declined to comment for this story.

Christie, who served as New Jersey’s chief federal prosecutor before being elected to office, sent Kushner’s father to prison on charges of witness tampering, campaign finance law violations, and tax evasion. After Christie was fired in November from his role as the head of Trump’s transition team, he publicly questioned whether Kushner was to blame.

Komuves said that even if communications between Christie’s office and Kushner’s company  are privileged, open records custodians are supposed to consider the public interest’s in disclosure.

Christie isn’t the first governor to issue a letter instructing the State Archives how to handle requests for his administration’s records. MapLight reviewed at least four similar letters from past New Jersey governors. The letters prohibit access to specific types of files, including law enforcement and investigative records, records of personal or financial information, judicial appointment personnel files, and records about governors’ security measures or threats.

Christie’s letter has one important addition: It requires that all of his office’s electronic records be considered “privileged” and “confidential” until a person requests them, and that any request for access to those records be managed by Chiesa.

“The reality of it is that these kinds of letters have never truly been tested in court,” Komuves said. “I don’t think that [Christie’s] letter adequately accounts for the requirements of the law, because it essentially says that somebody other than a sworn public official, a custodian of records, gets to make the decision on records access, and that is contrary to OPRA.”