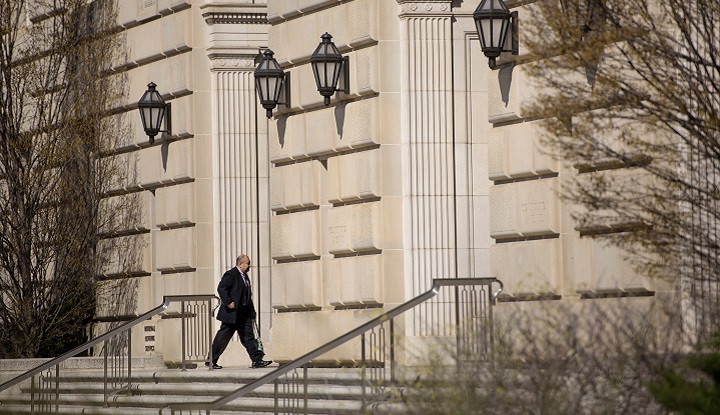 A conservative dark money organization tied to the billionaire libertarian Koch brothers shouldn't be allowed to hide the size of its donations from public view, campaign finance and nonprofit experts said last week.

Americans for Prosperity (AFP), the flagship political organization of Charles and David Koch, is refusing to allow the public to view a section of its tax return showing the amounts of donations made by individuals. The section of the tax return requested by MapLight, known as a Schedule B, is an important document for journalists because it lists total contributions from individuals who gave more than $5,000.

An AFP official said public disclosure of the document could be used to identify its donors. MapLight, a Berkeley, Calif.-based nonprofit watchdog organization, filed a complaint last week with the IRS seeking the release of the information.

The tax code, however, contains at least one ambiguous statement that would appear to provide the basis for AFP’s assertion that it can withhold its donation amounts. One section notes that “the amounts of contributions and bequests to an organization shall be available for public inspection unless the disclosure of such information can reasonably be expected to identify any contributor.”

Marc Owens, a former head of the IRS’ Exempt Organizations division, said the Schedule B instructions remove any ambiguity. “The form’s instructions constitute a type of official interpretation of the requirement,” he said. “I don’t see how dollar amounts can ever identify a donor, whether you’re using the liberal language of the regulation or the form’s instructions,” he added.

AFP is “completely wrong on the law,” Adam Rappaport, the counsel at the liberal watchdog Citizens for Responsibility and Ethics in Washington (CREW), told MapLight. “They know perfectly well that there is no way that the dollar figure contributed by someone who is completely unidentified can identify who that contributor is,” he said.

The only recourse journalists have when organizations refuse to follow IRS public disclosure regulations is to file a complaint with the agency. While the IRS acknowledges complaints, it is not able to comment on whether an investigation is open or disclose the outcome of an investigation.

An IRS spokesperson did not respond to emailed questions about whether organizations are permitted withhold the dollar amounts of the contributions they have received, and instead pointed to language on the agency’s website stating that “an exempt organization is not required to disclose the name and address of any contributor to the organization.”

A document filed with the North Carolina secretary of state’s office shows that AFP received 81 percent of its contributions in 2016 from just five donors. The individual donor amounts, however, can’t be determined without a Schedule B.