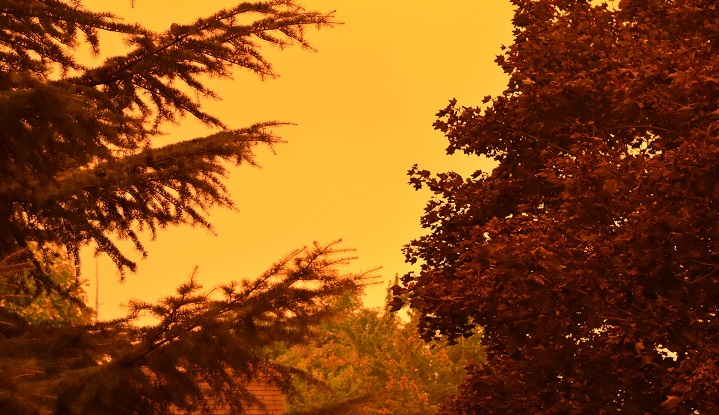 The sky in Oregon is seen during the 2020 wildfire season.
Photo by Mark Driver on Unsplash.