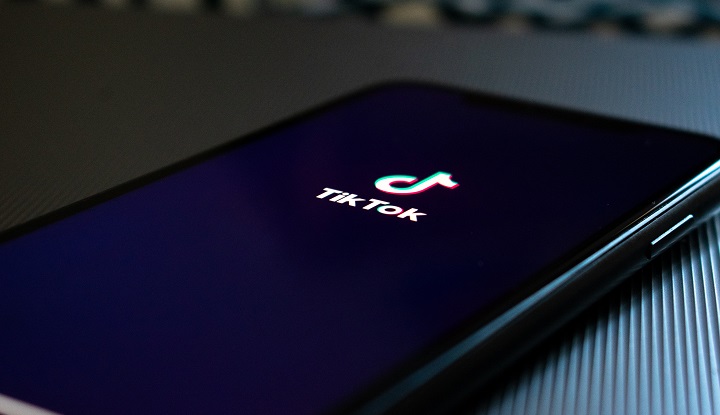 The video sharing app TikTok is displayed on a smartphone.
Photo by Kon Karampelas via Unsplash.