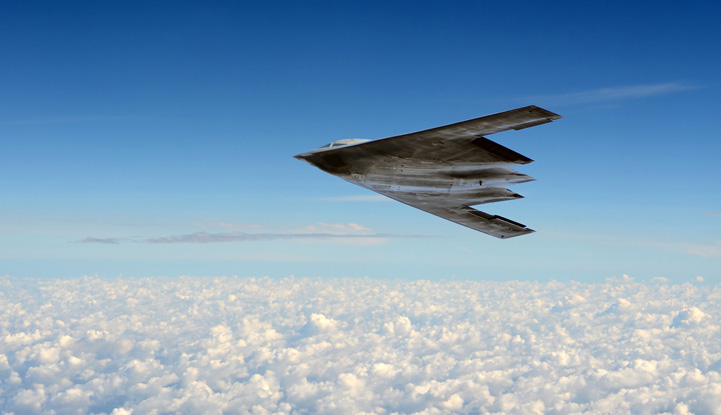 Last month, Politico published a detailed look at the behind-the-scenes lobbying battle beginning to play out among America’s top defense contractors. Boeing, Northrop Grumman, and Lockheed Martin are all competing to win a contract worth at least $55 billion to develop the Air Force’s next stealth bomber. A MapLight analysis of campaign contributions and lobbying spending shows that the three companies have spent tens of millions of dollars in recent years to influence Congress as the battle for the contract unfolds.

Campaign Contributions: MapLight analysis of campaign contributions to all congressional candidates from the political action committees of the three defense contractors from recently available FEC data from January 1, 2009 - December 31, 2014.

Lobbying: MapLight analysis of federal lobbying disclosure filings from the Clerk of the U.S. House of Representatives between January 1, 2011, and March 31, 2015. Lobbying totals represent money paid by an organization to each lobbying firm for services on all issues. Organizations report total lobbying expenses as a lump sum, which includes both in-house lobbying expenses and amounts paid to (and reported by) lobbying firms that they employ. MapLight calculates a given organization's in-house lobbying expenses by subtracting the total income reported by the lobbying firms that it employs from the company's total reported expenses. In general, filers may round their spending and expenses to the nearest $10,000, and we treat the designation of "Less than $5,000" as a value of $0. MapLight updates its lobbying database daily to capture amendments. Full reports are due on the 20th day of January, April, July, and October.

Personal Financial Disclosures: MapLight analysis of 2013 personal financial disclosures for members of the 114th Congress. Data source: Office of the Clerk, U.S. House of Representatives and Office of the Secretary of the Senate, U.S. Senate. Senate and House rules require the disclosure of assets belonging to the filers' spouses and/or dependent children, and these assets are included in the analysis. This analysis specifically investigates stocks and does not include other types of assets such as corporate bonds, notes, or bank deposits. This analysis was supplemented with data available from the Center for Responsive Politics at opensecrets.org.