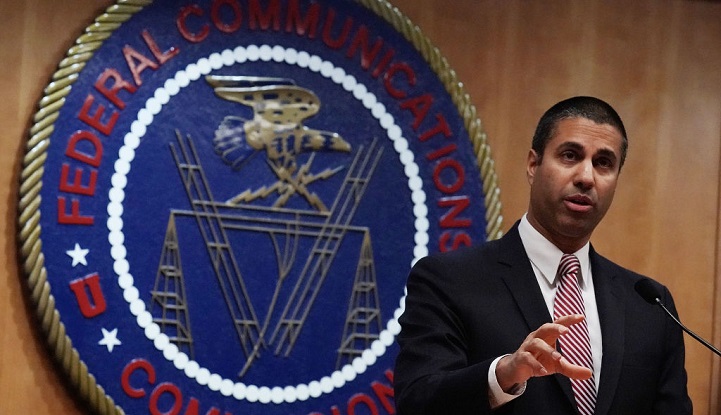 The 11 California lawmakers who let amendments that would have gutted a landmark net neutrality measure pass through a key committee received almost $1 of every $6 contributed by internet service providers during the current election cycle, according to a MapLight analysis.

Since the beginning of 2017, the Assembly members who either abstained or voted for the June amendments that weakened the net neutrality bill received more than $220,000 in contributions from Comcast, Verizon, AT&T, Charter Communications, and the California Cable & Telecom Association. During the current election cycle, the industry has made about $1.3 million in campaign donations to Assembly members and candidates.

The June vote was reversed last month by Assemblyman Miguel Santiago, the Los Angeles Democrat who leads the committee that amended the measure. Santiago, who originally voted for the amended bill, signed on as a cosponsor to restore the tough measures in the wake of protests that included a deluge of phone calls to his office and a crowdfunded effort to put up a billboard in his district tying him to the Trump administration.

“This should be a lesson to other lawmakers,” said Evan Greer, deputy director of Fight for the Future, a nonprofit digital rights advocacy organization. “Don’t mess with net neutrality unless you’re prepared to feel your constituents’ wrath. (The changed vote) shows the power of the internet to overcome business as usual and win real victories for the public.”

California’s Democratic Gov. Jerry Brown hasn’t said if he’ll sign the bill into law, which would likely trigger a court challenge from internet providers who argue that federal rules should take precedence over any state measure. The Federal Communications Commission, led by a former Verizon lawyer appointed by Trump, drew widespread condemnation when it voted to scrap Obama-era net neutrality protections in December.

The California legislation essentially reverses the federal maneuver by guaranteeing equal access to all internet traffic. Net neutrality has emerged as a point of contention between large broadband companies and their customers. More than 90 percent of Americans believe they should have unfettered access to internet sites, according to an April poll; more than 6 in 10 don’t believe internet providers will voluntarily protect consumer interests.

Net neutrality advocates worry that dropping the guarantee will eventually lead to better service only for users who are able to pay extra for high-speed access. For example, Comcast might choose to slow Netflix traffic since it owns NBC, a network that owns part of Hulu, a Netflix competitor. AT&T has been criticized for offering free unlimited access for its customers to its DirecTV subsidiary -- but not to customers of competitors, such as Dish Network.

Industry officials, however, have argued that the internet shouldn’t be treated as a public utility. Government involvement has slowed investment, stifled small businesses with unnecessary regulations, and attempted to resolve problems that don’t yet exist, according to the internet providers.

“The internet must be governed by a single, uniform, and consistent national policy framework, not state-by-state piecemeal approaches,” USTelecom, a broadband industry trade organization, said in a statement released last month. “Governor Brown should use his veto pen on this legislation, and Congress should step in to legislate and provide consumer protections that will resolve this issue once and for all.”

MapLight analysis of California Power Search data as of Sept. 14, 2018.