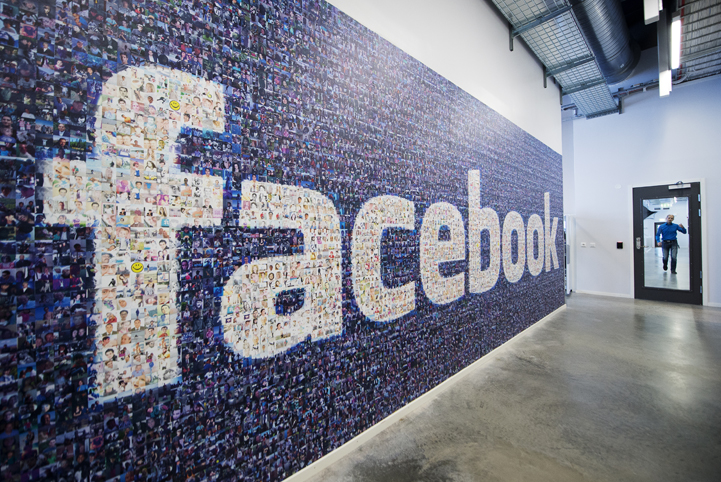 Facebook, the social media and advertising giant whose content is viewed by more than half of all Americans, put its foot down last month and announced that it would immediately ban advertisements designed to cast doubt on the legitimacy of the Nov. 3 election.

So far, it’s not exactly a success.

In a Sept. 30 message, Rob Leathern, Facebook’s product management director, said advertisements that seek to delegitimize the contest “would include calling a method of voting inherently fraudulent or corrupt, or using isolated incidents of voter fraud to delegitimize the election.” Last week, Facebook said it has rejected 2.2 million political ads from its platforms, and it has posted warnings on 150 million examples of false information.

But according to a MapLight review of Facebook’s ad library, supporters of President Donald Trump are spending thousands of dollars on advertisements that make false claims about mail-in ballots, voter fraud, corruption, and the dead rising from the grave to vote Democrat, perhaps as part of a scheme hatched by Rep. Ilhan Omar. Hundreds, if not thousands of advertisements that are attempting to throw the results of the election into chaos have been sponsored by small fringe operations that often spend less than $100 in hopes of garnering a million or more views. A MapLight review, however, also finds that some of the most active advertisers attempting to thwart the outcome of the election include well-known conservative nonprofits operated by influential Washington insiders.

"We rejected several of these ads because they try to delegitimize the outcome of the election based on claims that voter fraud is widespread," said Devon Kearns, a Facebook spokesperson. The company's policy does allow advertisers to point out instances of voter fraud—just not use that to claim that it's a common occurrence or that it will result in a fraudulent election.

Even so, high-profile advertisements that appear to violate the company's policies have slipped through the cracks. The Heritage Foundation, once a reliable source of information for conservatives that became an early source of influence in the Trump administration, claims without evidence in a series of advertisements launched Oct. 8 that “the integrity of elections—the pillar of our democracy—is under attack from the far Left radicals in our country. With every election, we see more and more instances of voter fraud, voter intimidation, interference, and misconduct.”

The advertisement links to an opportunity to join the “Leaders Club, an exclusive band of committed conservatives, to be the conservative voice presenting the policy solutions to America’s problems, and exposing the lies of the radical left” with a monthly $10 to $100 donation. The foundation, which is organized as a tax-exempt, nonprofit entity, reported revenue of $81.1 million in 2018, including $4.4 million in investment income. It spent less than $1,000 for one version of the advertisement, which was seen as many as 80,000 times.

The American Action Network (AAN), another high-profile conservative nonprofit, is sponsoring ads violating Facebook’s new policy. In an advertisement that ran through Oct. 6, the American Action News group spent less than $600 to highlight claims that ballots marked for Trump had been discarded in three battleground states. A “Learn More” button linked to a page with “three of the most troubling recent cases of mail-in voter fraud and incompetence” but gave no examples.

The page also cited a 2005 report by former President Jimmy Carter and the former Secretary of State James Baker that argued absentee ballots could lead to voter fraud. In a May statement, however, Carter urged political leaders “to take immediate steps to expand vote-by-mail and other measures that can help protect the core of American democracy.”

The AAN was founded by Norm Coleman, a former Republican senator-turned-Saudi-lobbyist, and the late Fred Malek, a GOP operative in the Nixon and George H.W. Bush White House. It claimed $51.8 million in revenue in 2018. The AAN also is responsible for operating the Congressional Leadership Fund, a super PAC dedicated to ensuring a GOP majority for the House of Representatives. So far during the 2020 election cycle, data compiled by the Center for Responsive Politics shows the fund has raised $140.1 million to support Republican candidates.

Prager University, another high-profile nonprofit that specializes in creating videos for a conservative audience, spent as much as $11,000 for a 5 ½-minute video that ran until Oct. 9 and was viewed as many as 1,900,000 times. The advertisement, “Is Voter Fraud Real?” relied heavily upon a mixture of accurate, old, and speculative talking points to raise the specter of “good, old-fashioned, homegrown voter fraud.”

While Prager, which is not an educational institution, accurately reported that a Pew Research Center report found 24 million voter registrations were invalid or significantly inaccurate, it didn’t note that the study was conducted in 2012. The video accurately reported that New York City Board of Investigation employees were able to pose as deceased or ineligible voters in November 2013 and vote at 61 of 437 city poll sites that they visited; it left out mention of a current departmental initiative probing a printing mishap that caused thousands of flawed absentee ballots to be sent to Brooklyn voters by a company that’s supported the Republican Party.

Finally, the video cited the practice of “ballot harvesting,” or the delivery of ballots by third parties, and blamed a 2018 Democratic congressional victory in conservative Orange County, Calif., on the practice. Former House Speaker Paul Ryan, a Wisconsin Republican, called the state’s vote-counting procedure “bizarre” but didn’t accuse the state of wrongdoing.

Even when Facebook removes ads that violate its policies, the company does nothing about identical information in non-paid posts. Allegations about dead voters in Texas, for example, were made in an advertisement sponsored by Plain Truth Now, a shadowy organization that offers no information about its members or funders.

The ad, which cost the organization less than $100 and was shown at least 15,000 times, was taken down by Facebook; a post on the organization’s four-month-old page, however, remains live and appears to be its most popular, with more than 6,000 “likes,” 2,900 “shares” and 600 comments. The Election Integrity Partnership notes that its page operators are located in the U.S., United Kingdom, and Nigeria.

“Trump, Republicans and well-meaning individuals must resist these desperate attempts by very dubious individuals to steal and fraudulently rig the U.S. elections through mail-in voting,” the page author urged in a Sept. 30 post.