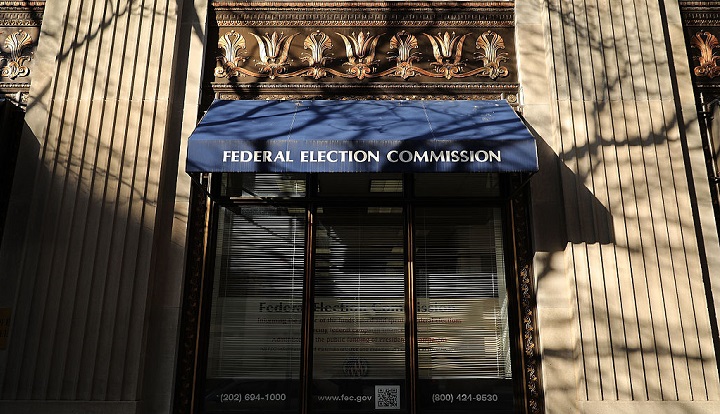 March 16, 2017 - The Federal Election Commission’s reputation as the “Failure to Enforce Commission” took another hit last month when Commissioner Ann Ravel resigned, blasting the panel in a scathing, 25-page report.

While Ravel’s resignation leaves the commission with one vacancy and five members whose terms have expired, the Democrat said the agency’s dysfunction had reached the point where she thought she could do more working outside the government.

“My view about the FEC has been for some time that I could no longer accomplish anything internally,” Ravel said in a telephone interview earlier this week. “I felt that I could accomplish more outside of the FEC where I could speak more strongly about campaign finance.”

Ravel, a former chair of the California Fair Political Practices Commission, cited at least a dozen instances in which the FEC staff investigated apparent campaign law violations -- but were powerless to enforce the law when its six commissioners deadlocked along party lines. Ravel noted that in 2006, party deadlocks occurred in about 2.9 percent of substantive votes. By 2016, she said, 30 percent of substantive votes resulted in a deadlocked panel.

“The FEC itself has never tracked these stalemates,” Ravel said. “So I thought it was necessary to let the public know what the facts were.”

Her report, “Disfunction and Deadlock,” cited multiple cases where investigations either bogged down or never began, including:

A complaint filed in October 2012 claimed that Robert Murray, chairman and chief executive of the Murray Energy Corp., attempted to coerce employees to make contributions to his preferred candidates. A letter written in September 2010 told employees that there was “only a little over a month left to go in this election fight. If we do not win it, the coal industry will be eliminated and so will your job, if you want to remain in this industry.”

A different complaint filed in September 2012 claimed Murray Energy Corp. shut down its mine for a day and required workers to attend a rally supporting former Massachusetts Gov. Mitt Romney, the 2012 Republican presidential nominee.

The FEC’s general counsel recommended an investigation; the commission deadlocked in both cases.

A 2010 complaint claimed that the Hawaiian union forced employees to support U.S. Rep. Colleen Hanabusa’s unsuccessful bid to win a congressional seat in a special election. A staff attorney claimed she was fired after union leaders told her that the labor organization’s employees would be expected to wave signs for the congresswoman after work on Fridays, work telephones on her behalf on weeknights, make door-to-door pleas for votes on Saturday mornings and give money to her campaign.

The FEC’s general counsel recommended an investigation. Over four years, three members made more than 10 motions to follow up on the allegations. The commission deadlocked.

Three commissioners voted to open an investigation. The commission deadlocked.

(Earlier this month, the AJS disclosed $2.3 million in 2010 contributions that it hadn’t previously reported from the Center to Protect Patient Rights, known as a “Koch bank.” The disclosure was part of an agreement among the FEC, AJS, and two other Koch-funded organizations that resulted in record post-Citizens United fines that came to $233,000 for the dark-money groups).

Multiple complaints alleged that Crossroads GPS, a 501(c)(4) organization created by Karl Rove, former President George W. Bush’s top political strategist, should have registered as a political committee, rather than a “social welfare” organization and that it failed to report some contributions and expenditures. The FEC general counsel found Crossroads spent at least $20.8 million of its $39.1 million in expenditures during 2010-11 on specific advocacy for a federal candidate. The group funneled an additional $15.9 million to other political nonprofits, including some of the highest-spending dark money groups that cycle.

As a 501(c)(4), the organization is allowed to spend money on political activity, as long as influencing campaigns isn’t its primary purpose. As a general rule, the “primary purpose” test prohibits nonprofits from spending more than half of their total expenditures on political campaigns.

The general counsel recommended that the commission vote that Crossroads should register as a political committee. The commission deadlocked.

Checks and Balance for Economic Growth, 2014

Citizens for Responsibility and Ethics in Washington (CREW) complained that Checks and Balances for Economic Growth (CBEG), a 501(c)(4) “social welfare” organization, spent almost $900,000 on attack advertisements without reporting any of the expenditures to the FEC. Since the ads appeared online -- rather than on television -- and didn’t involve a payment to a third party, three commissioners thought the reporting laws didn’t apply to CBEG.

The FEC also considered whether the advertisements could be considered to be electioneering communications. The ads included photos of former President Barack Obama, with text superimposed that read “ABSOLUTE LIES.” The commission deadlocked.

Commission on Hope, Growth and Opportunity, 2015

The “political equivalent of a hit and run,” the Commission on Hope, Growth and Opportunity (CHGO) told the IRS when it registered that it had no plans to spend any money on campaign activity.  Even so, it spent 85 percent of its receipts, or almost $4.8 million, on political advertisements in 2010.

The FEC general counsel recommended that the commission approve an investigation to determine if CHGO had failed to report expenditures related to independent expenditures made on behalf of a candidate, or issue advocacy advertisements that focus more generally on a particular cause or controversy. The commission deadlocked.

The American Future Fund, a 501(c)(4) “social welfare” organization, reported that 41 percent of its total expenditures in 2010 involved political activity. Even so, the dark money organization said it didn’t need to register as a political committee since its major purpose didn’t involve the nomination or election of a federal candidate. The commission’s lawyers, however, said “the advertisements on which AFF spent an unknown amount in 2010 … provide evidence that AFF had as its major purpose the nomination or election of federal candidates,” violating campaign finance law.

The FEC general counsel recommended that the commission vote that the fund violated campaign finance laws. The commission deadlocked.

Citizens for Responsibility and Ethics in Washington (CREW) filed complaints against Americans for Job Security (AJS) and the American Action Network (AAN) in March 2012, claiming the two nonprofits should have registered as political committees.  AJS, a 501(c)(6) “business league” organization, spent $9.5 million, or 76.5 percent of its total expenditures, on federal campaign activity during 2010; AAN, a 501(c)(4) “social welfare” organization, spent more than $17 million, or almost 63 percent of its 2009-11 total, on politics. Under the informal “primary purpose” test created by the IRS, nonprofits aren’t supposed to spend more than half of their total expenditures on political activity.

The FEC general counsel recommended that the commission vote that both organizations violated campaign finance laws. The commission deadlocked.

Citizens for Responsibility and Ethics in Washington (CREW) filed a complaint in 2012, alleging that former GOP presidential candidate Newt Gingrich had his campaign pay for expenses related to Gingrich Productions, a company that promoted books and media by the former House speaker and his wife.  It’s illegal for campaign funds to be used to pay personal expenses.

The FEC general counsel recommended that the commission vote that Gingrich had violated campaign finance laws. The commission deadlocked.

A complaint claimed that Gus Bilirakis, a Florida congressman, used campaign money to pay dues to the Royal Order of Jesters, a Shriners division.

The FEC general counsel recommended that the commission vote that Bilirakis had violated campaign finance laws. The commission deadlocked.

A 2012 complaint alleged that foreign nationals who operated adult websites had given money to oppose a Los Angeles ballot measure to impose safe-sex rules on the adult film industry. The commission was split over whether or not state and local ballot initiatives were “elections” that could be regulated by the FEC.

Commissioner Ann Ravel asked the FEC general counsel to draft a rule that would classify state and local ballot measures as elections, for purposes of preventing foreign contributions. The commission deadlocked, and the rule wasn’t issued.