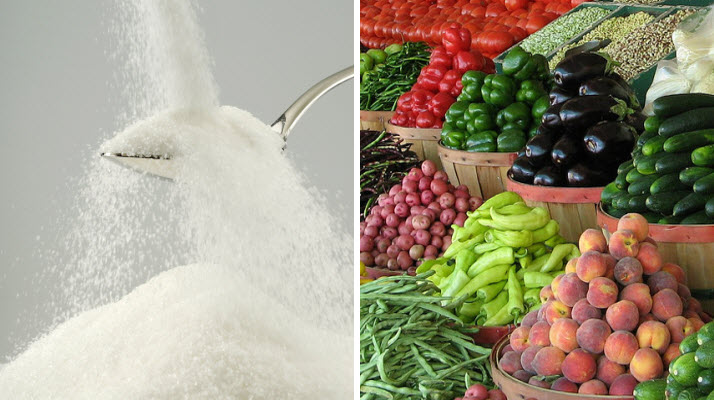 In an attempt to cut costs and limit waste, the farm bills advancing in the Senate and the House include many reforms to long-standing agricultural programs. Direct payments to farmers would be eliminated, food stamps and nutrition programs would be reduced, and government funding for conservation efforts would be cut.

But so far at least one major farm bill program would be left untouched. According to the Senate Agriculture Committee summary, under the bill, "the Sugar Program is continued without changes through 2017." The House's version of the bill would also reauthorize the Sugar Program without any changes.

During the Senate debate this afternoon, an amendment to refrom the Sugar Program, from Senator Jeanne Shaheen (D-NH), Mark Kirk, (R-IL), and Patrick Toomey, (R-PA), was rejected, 45-54. The amendment would have eliminated certain price supports that lawmakers say make sweets more expensive for consumers.

The Sugar Program is criticized for boosting the price of American sugar by providing nonrecourse loans to growers and processors of sugarcane and sugar beets. It also restricts the amount of sugar that can be imported to the U.S. from other countries. Critics of the program argue that it uses taxpayer resources while increasing costs for food consumers and manufacturers.

Data: MapLight analysis of contributions to members of Congress from the sugar cane and sugar beets industry between January 1, 2011 and December 31, 2012.

Methodology: MapLight analysis of campaign contributions to current members of Congress from PACs and employees of organizations in the sugar cane and sugar beets industry from January 1, 2011—December 31, 2012. Contributions data source: OpenSecrets.org