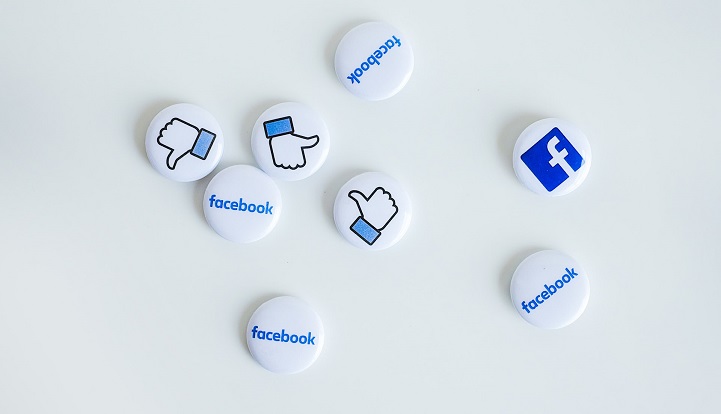 Buttons with the Facebook logo and "like" icon are scatterered across a table.
Photo by NeONBRAND on Unsplash.

Facebook employees are more politically engaged than they’ve been since 2016. Their company’s political action committee, not so much.

While the Menlo Park, Calif.-based social media and advertising giant’s employees have almost doubled political donations during the 2020 election cycle, contributions by Facebook’s political action committee have fallen by more than half.

A MapLight analysis finds spending by the Facebook PAC, which shelled out $519,000 during the 2016 campaign and $459,000 during the 2018 midterms, has fallen off a cliff, dropping to $239,000 during the 2020 contest. The steep decline indicates that the company, under fire for allowing massive disinformation campaigns to proliferate on its platform, is placing more emphasis on fighting off regulation by hiring Washington insiders.

Midway through 2020, data compiled by Open Secrets shows that the corporation is on pace to shatter its previous lobbying record of $16.7 million, set last year. Facebook spent more than $10 million through June, the biggest six-month lobbying expenditure in its history. The company spent about $8.7 million in 2016.

Although the bulk of the lobbying work has been done by Facebook’s own agents, the company has spread more than $2 million in lobbying expenditures across two dozen different firms in Washington, D.C. It employed 68 lobbyists during the first half of the year, including 63 “revolving door” agents with previous government experience.

The company has spent its millions to influence federal agencies across the capital, ranging from the Patent and Trademark Office to the Executive Office of the President. It’s lobbied on almost three dozen measures, ranging from the Honest Ads Act, which would increase transparency for online political advertisements, to the SANTA (Stopping All Nefarious Toys in America) Act, which would require online marketplaces to verify the identity of people who sell children’s products.

Meanwhile, Facebook has been criticized for taking half-measures to fight the massive wave of disinformation on its platform. Last month, CEO Mark Zuckerberg announced that it would ban advertisements casting doubt on the legitimacy of the Nov. 3 elections -- but only beginning one week before the end of the campaign. Already, millions of users have been exposed to false claims about the legitimacy of the U.S. election process, with many of them made by President Trump’s own flailing re-election campaign.

“The problem isn’t the ads themselves,” Warren tweeted. “The problem is Facebook’s refusal to regulate its ads, change its broken algorithm, or take responsibility for the power it’s amassed.”

Warren was the third-biggest recipient of campaign contributions from Facebook employees, trailing only former Vice President Joe Biden, the 2020 Democratic presidential nominee, and Sen. Bernie Sanders, I-Vt. Sanders raised almost  $175,000 from employees at the company who supported his 2020 presidential campaign; Warren took $72,000 from them for her own White House bid. Sen. Kamala Harris, D-Calif., Biden’s running mate, received more than $30,000 for her unsuccessful presidential campaign.

The company’s employees, including workers at subsidiaries Instagram and WhatsApp, have donated more than $1.3 million to a variety of congressional and presidential candidates during the current election cycle. Only one of the 20 biggest recipients of Facebook employee money was a Republican. Sen. Thom Tillis, R-N.C., has received $9,400 -- good for 18th place.

Trump, who recently had a Facebook post removed for his false claim that the coronavirus was less deadly than the flu, has received $8,461 from company workers during the current cycle.

The largest individual Facebook donor has been Chief Operating Officer Sheryl Sandberg, who gave more than $319,000, spread across 116 separate donations. Sandberg gave the maximum individual contribution of $5,600 to 42 candidates. All of her contributions went to Democratic candidates.

The Facebook PAC was slightly more ecumenical; five of its top 23 recipients -- those who received $4,000 or more -- during the 2020 cycle are Republicans, including Rep. Steve Scalise of Louisiana, the second highest-ranking member of the House GOP. Scalise has received $10,000 from the company’s PAC, more than any other lawmaker. The Republican has argued that Facebook’s algorithm is biased and fails to promote conservative posts.

Sen. Jeanne Shaheen, D-N.H., took $7,500 from the PAC. Shaheen, who is expected to win re-election this cycle, was aided in her 2014 campaign by a political action committee affiliated with Zuckerberg that dropped almost $1 million to support her.

Sen. Christoper Coons, a Delaware Democrat, received $6,000. Coons wanted in 2018 that if the company didn’t take action about misinformation on its platform, “they’ll get regulated and they’ll be unpleasantly surprised with how swiftly it may happen.”

No challengers have received money from the PAC during the current cycle; only incumbents.