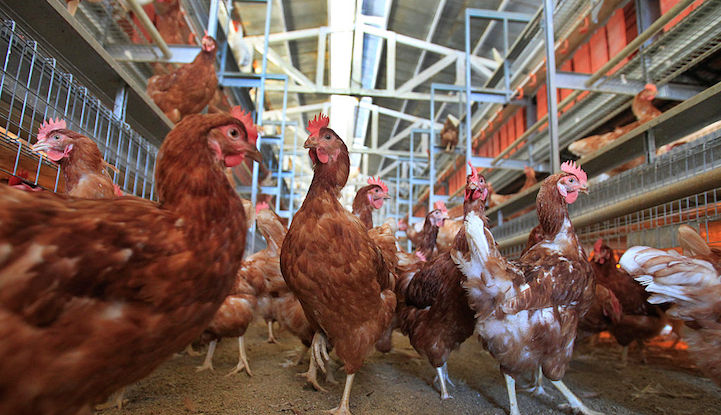 March 24, 2017 - Obama-era rules that make it easier for chicken farmers to sue large processing companies over unfair business practices already has feathers flying in court, but the Trump administration’s review of regulations could close the window for future legal actions.

Three U.S. Department of Agriculture rules announced in December were created to help farmers fight abuse committed by companies that buy and process livestock, such as undercompensating farmers by falsifying an animal’s weight.

Currently, for a farmer to bring a processing company to court for violating regulations in the Packers and Stockyards Act, the farmer must demonstrate that the company’s practices harm the entire industry. One of the proposed rules allows farmers to prove only that the company harms them as individuals.

The USDA maintained that abuses were due in part to the chicken processing market becoming concentrated, with four large poultry processors controlling more than half the broiler market. More than half of farmers have to select from two or fewer processors in their region, the USDA said.

A coalition of chicken farmers capitalized on the rule shortly after they were announced, filing a lawsuit alleging the nation’s largest poultry processors had conspired to depress farmers’ wages by sharing data on their pay. A spokesman for Tyson Foods, the largest chicken company in the U.S., denied the claims.

The organizations wield significant lobbying power, having spent over $19 million lobbying the federal government since 2008, according to a MapLight analysis. The groups spent $2.8 million combined in 2016, more than in any previous year.

The rule also drew the frustration of the National Federation of Independent Business (NFIB). David Addington, the federation’s Senior Vice President and General Counsel, wrote a letter to the Agriculture Secretary in February condemning the policy as “flatly contrary to the law”. The NFIB has spent over $33 million on lobbying since 2008.

Trump’s nominee to head the USDA, Sonny Perdue, is likely to play a major role in the outcome of the rule, and is enthusiastically supported by all of the agriculture trade groups lobbying against it. While serving as governor of Georgia, Perdue was criticized for his close relationship with agricultural companies and for leveraging his position for personal gain.

Perdue received almost $1 million in campaign contributions over the last two decades from the agriculture industry. Nearly half of those contributions were made by non-individuals, including  companies like Monsanto, John Deere and Tyson Foods. Sonny Perdue is not related to the family that controls Perdue Farms, one of the nation’s largest poultry processors.

According to groups fighting the president’s regulatory policies, it is legally unclear whether agencies can drop proposed rules without justification, and they say this could be the subject of future court battles. Trump and his cabinet appointees, including Perdue, are also particularly hostile to federal regulations. If the rule emerges from the regulatory freeze unscathed, its prospects are still uncertain under Perdue’s leadership. The proposed rule is currently in the final days of a public comment period, which ends today.

MapLight analysis of federal lobbying disclosure filings from the Clerk of the U.S. House of Representatives since 2008. Lobbying totals represent money paid by an organization to each lobbying firm for services on all issues. Organizations report total lobbying expenses as a lump sum, which includes both in-house lobbying expenses and amounts paid to (and reported by) lobbying firms that they employ. MapLight calculates a given organization's in-house lobbying expenses by subtracting the total income reported by the lobbying firms that it employs from the organization's total reported expenses. In general, filers may round their spending and expenses to the nearest $10,000, and we treat the designation of "Less than $5,000" as a value of $0. MapLight updates its lobbying database daily to capture amended filings. Full reports are due on the 20th day of January, April, July, and October.