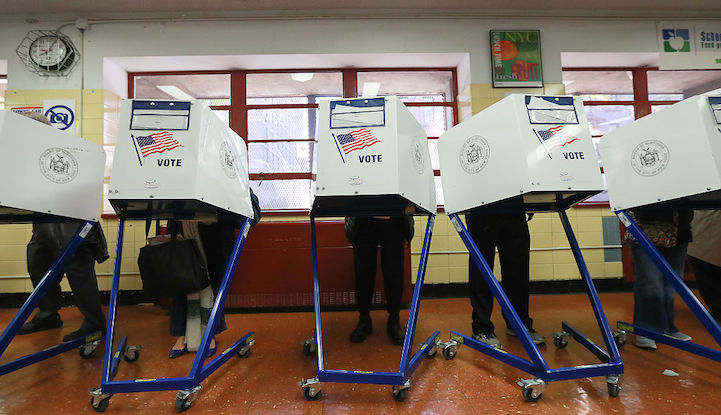 November 10, 2016 - In the wake of stunning election returns, it seems that everything is on the table.

Everything, that is, except perhaps campaign finance reform. Treated as an afterthought during a grueling 18-month campaign, the issue of money in politics is likely to gain more traction at the state and local level than in the nation’s capital.

President-elect Donald J. Trump advocated for some type of campaign finance reform earlier this year, as he was beginning to rise to the top of a crowded Republican primary field. “I think you need it, because I think PACs are a horrible thing,” the president-elect told CNN in January. The real estate mogul initially mocked his opponents for their reliance upon independent expenditure organizations. He spent at least $66 million of his personal fortune on his campaign, but eventually moderated his position and was supported by $59.4 million in outside money.

In October, Trump unveiled an ethics reform plan that he claimed would “drain the swamp.” It featured a five-year lobbying ban for members of Congress and the executive branch, as well as their staff members; a tighter definition of lobbying; a lifetime ban on lobbying for foreign governments by senior executive branch members; and a ban on registered foreign agents raising money for U.S. campaigns. Even so, Trump’s transition team includes prominent Washington, D.C. lobbyists.

The Republican Party, which will control both houses of Congress when it takes power in January, called for the abolition of major campaign finance laws in its platform. The GOP said it would “oppose any restrictions or conditions that would discourage citizens from participating in the public square or limit their ability to promote their ideas, such as requiring private organizations to publicly disclose their donors to the government.”

With little enthusiasm in Washington for stemming the flow of money into politics, it’s likely that campaign finance reform advocates will find more success through state and local initiatives. Indeed, voters who went to the polls on Tuesday helped pass at least 11 reform-minded measures on state and local ballots.

The Bay Area was responsible for two of the Election Day victories, passing Proposition T in San Francisco and Measure X1 in Berkeley. The San Francisco initiative restricts gifts from lobbyists to elected officials and bans them from bundling contributions, as well. It drew support from 87 percent of voters, more than any of the other two dozen initiatives on the city’s ballot.

Berkeley voters also came out against big money in politics, with 64.2 percent approving an optional public finance system for mayoral and council candidates. The measure restricts the candidates to donations smaller than $50 and requires them to collect at least 30 contributions between $10 and $50 from local residents to be eligible (Disclosure: Daniel Newman, MapLight president and co-founder, was co-chairman of the Berkeley campaign).

Voters in both California and Washington approved an initiative aimed at encouraging the overturning of Citizens United, the 2010 Supreme Court decision that allowed unlimited funds to be donated to certain political organizations. The non-binding California measure, Proposition 59, passed with 52 percent of the vote; the Washington measure, Initiative 735, passed with about 64 percent of the vote.

Washington voters rejected another measure, known as I-1464, which would have increased disclosure requirements, placed more restrictions on lobbyists and given voters three $50 vouchers to spend in each state election.

In Missouri, seventy percent of voters approved Amendment 2, which limited individual contributions for state and judicial races to $2,600. It also set a ceiling of $25,000 for contributions to political parties. Before the amendment passed, the state had no limits on donations by individuals and corporations.

The Missouri vote may have been helped by the controversy surrounding a $1.9 million contribution to Gov.-elect Eric Greitens’ campaign. The Republican received the money from SEALS for Truth, a PAC whose sole donor was a nonprofit “dark money” organization known as the American Policy Coalition Inc. The Missouri Democratic Party has asked the U.S. Securities and Exchange Commission to investigate whether the donation violated anti-corruption rules.

But voters in that state rejected two other campaign finance reform measures. Amendment T, an anti-gerrymandering initiative, would have created an independent commission to redesign electoral district boundaries instead of allowing state legislators to create their own. It lost by a 57-43 percent margin. Amendment V, which would have established an open primary system, was also defeated.

In Rhode Island, which has a reputation for statehouse corruption, voters approved Question 2, a measure that restores the state ethics commission’s authority over violations by members of the General Assembly. A 2009 Rhode Island Supreme Court decision had stripped the commission of its ability to police ethics violations.