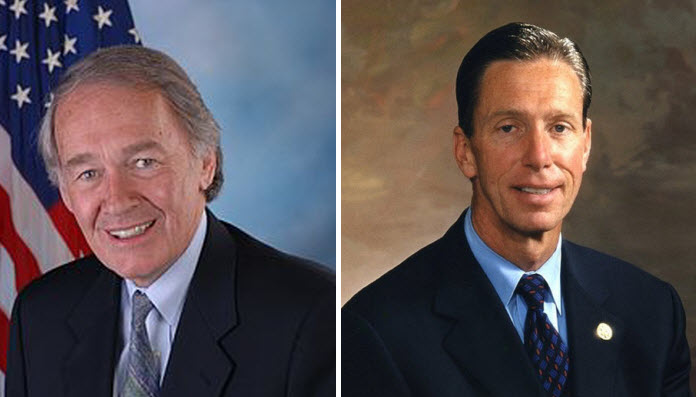 Tomorrow in Massachusetts, voters will go to the polls to choose between Representatives Ed Markey and Stephen Lynch as the Democratic candidate for the Senate seat formerly held by Secretary of State John Kerry.

Data: MapLight analysis of campaign contributions from top-ten interest groups and organizations to the campaigns of House Representatives Lynch and Merkley between Jan. 1, 2011 and Dec. 31, 2012.

Methodology: Contributions above are for the last two years of available data, Jan 1, 2011 - Dec 31, 2012. Contributions from political parties and from other candidates are not included in the "Top 10" lists. Contributions source: OpenSecret.org