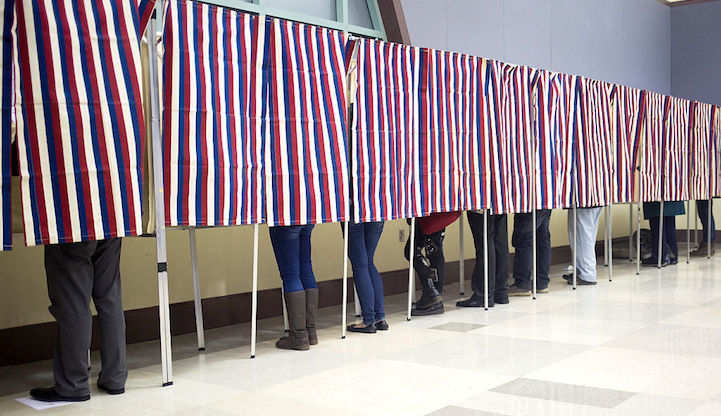 Republicans are closing the fundraising gap in a Georgia congressional special election with millions in outside spending, according to Federal Election Commission records.

Jon Ossoff, the Democratic nominee, has outspent his Republican opponent, Karen Handel, by a 7-to-1 margin. Ossoff reported spending $22.5 million; Handel has only spent $3.2 million.

Independent expenditure organizations, however, have spent more than twice the combined amount for both candidates. The influx has turned the race to replace former Rep. Tom Price -- now head of the U.S. Department of Health and Human Services -- into the most expensive House contest in U.S. history, with a price tag that's topped $55 million and is still rising.

A MapLight analysis found outside sources have added $8.2 million to Ossoff's effort. GOP independent groups have countered with $18.5 million in spending to support Handel, narrowing the gap between the two candidates to $9 million.

The Congressional Leadership Fund, a super PAC, was the biggest outside spender, dropping $7.5 million to support Handel. The fund is closely linked to House Speaker Paul Ryan and is dedicated to keeping a Republican majority in the House of Representatives. Since March, the fund has received $5 million from American Action Network, a dark money organization that has been one of the top spenders in federal elections.

There is also a marked difference in the sizes of donations given to the candidates. More than $15 million of the $23 million Ossoff has raised has come from small, unitemized donations of $200 or less. Meanwhile, small donations made up only $1.6 million of the $4.3 million raised by Handel.

MapLight analysis of data on independent expenditures affecting Georgia’s Sixth Congressional District in 2017, as available from the Federal Election Commission as of June 13, 2017. Expenditures opposing one of the two candidates in the special election are assumed to support the opposing candidate.