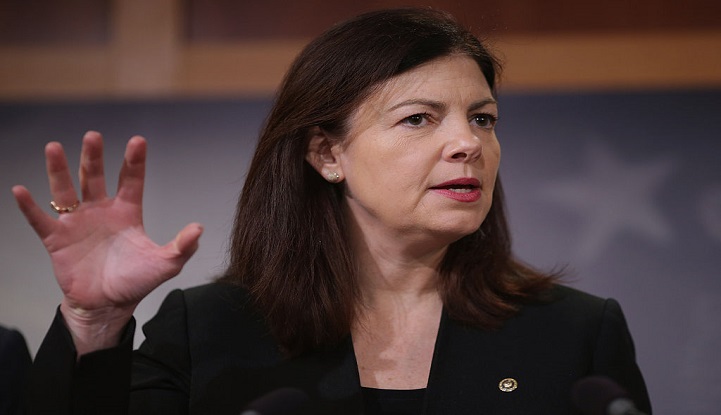 June 21, 2016 - Nine U.S. Senators crossed party lines during Monday’s votes on measures aimed at restricting access to firearms. Together, these Senators have received less than $40,000 from gun rights groups in this election cycle, a MapLight analysis has found.

Most of that money has gone to one Republican Senator, Kelly Ayotte of New Hampshire, who is facing a tough reelection fight. Gun rights groups have contributed $29,295 to Ayotte’s campaign, according to the analysis of data from the Center for Responsive Politics.

Only one member of the Senate, Ron Johnson (R-Wisconsin), has received more money -- $33,925 -- from groups opposed to gun control. Johnson, who is also in a tight race to keep his seat, voted with his fellow Republicans on all four measures.

Monday’s votes were overwhelmingly along party lines, with none of the four measures picking up the 60 votes needed for approval.

Republicans, who control the Senate, have received $304,319 from groups supporting gun rights since the start of 2015, while Democrats have received $7,250. Gun control organizations have yet to make any direct contributions to Senators.

At least one Senator crossed party lines on each amendment, and one measure designed to prevent terror suspects from buying guns picked up the most crossover votes.

Three Republicans -- Susan Collins of Maine, Jeff Flake of Arizona, and Mark Kirk of Illinois -- voted with Democrats against a measure sponsored by Sen. John Cornyn (R-Texas). Cornyn’s legislation would have established a procedure to delay gun sales to prospective buyers who had been investigated for terrorism. But critics say the measure would not have given the government enough time to act.

Collins and Flake also voted against a competing measure sponsored by Sen. Dianne Feinstein, a Democrat from California. Feinstein’s legislation would have allowed the U.S. Attorney General to deny gun sales to known or suspected terrorists. Opponents of the amendment say it would have given the government too much power and would not have provided for due process.

Tuesday afternoon, Collins unveiled a measure that would prevent suspected terrorists from purchasing firearms, while addressing concerns raised about both Feinstein and Cornyn’s legislation. Sen. Flake is a cosponsor of the bill. Neither Collins nor Flake have received contributions from gun rights groups this election cycle.

Ayotte voted for both the Cornyn and Feinstein measures, prompting Minority Leader Harry Reid (D-Nevada) to accuse her of “doing everything but yoga” on the Senate floor.

Kirk, who has not received any direct contributions from gun rights groups, sided with Democrats on all four measures. He is battling a popular Democrat, Rep. Tammy Duckworth, in what is expected to be a very close race this November.

Sen. Cory Gardner, a Republican from Colorado, voted against legislation sponsored by Sen. Charles Grassley (R-Iowa) that would have provided more resources to the background check system and revised language that currently prohibits some mentally ill people from buying guns. Gardner has received $2,000 from gun rights groups this election cycle.

Of the four Democratic Senators who voted with Republicans on at least one of the measures, three have received a total of $5,000 from gun rights groups, including Heidi Heitkamp of North Dakota and Joe Manchin of West Virginia.

Manchin was one of two named sponsors of measures to close “the gun show loophole” in 2013 and 2015. In a statement, Manchin said this year’s amendment went “well beyond the commonsense measures” of his previous legislation.

This year’s version was an amendment sponsored by Sen. Chris Murphy, a Democrat from Connecticut. Murphy’s filibuster last week prompted Senators to vote on the four measures this week.

Democratic Sen. Jon Tester of Montana voted against the Murphy measure. Tester, who is the Democratic Senatorial Campaign Committee Chair, has not received any money from gun rights groups so far this election cycle.

While Sen. Joe Donnelly (D-Indiana) voted with his fellow Democrats on two amendments, he crossed party lines to support Grassley and Cornyn’s measures. Donnelly, who had an “A” rating from the National Rifle Association when he ran for the Senate in 2012, has received $2,000 from gun rights groups this election cycle.

Methodology: MapLight analysis of campaign contributions from gun control and gun rights interest groups to Senators in the 114th Congress during the 2016 election cycle available from the Center for Responsive Politics as of June 20, 2016.