In U.S. Senate races with the most dark money, Republicans dominate 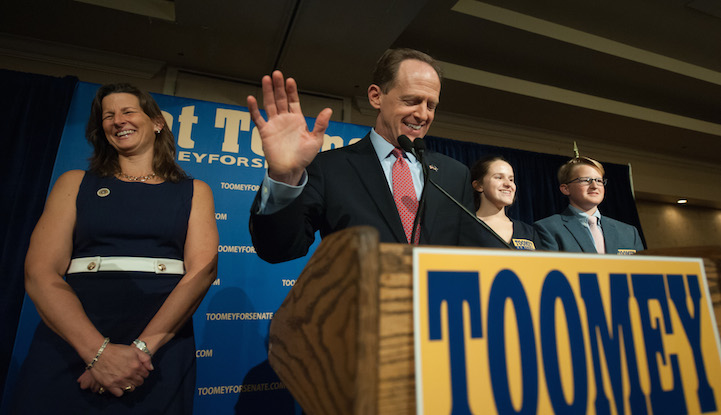 November 9, 2016 - Republicans won seven of the eight U.S. Senate races that had received the most dark money — money from groups that don’t have to disclose their donors. As of late October, Conservative groups provided 68 percent of the more than $80 million in dark money spent in those contests to help the GOP maintain its Senate majority.

Here are the winners and the dark money groups spending on those races:

Ohio Republican Rob Portman easily held onto his U.S. Senate seat. The U.S. Chamber of Commerce and Americans for Prosperity advocated for Portman and against his opponent, Democrat Ted Strickland.

North Carolina Republican Richard Burr defeated his Democratic challenger, Deborah Ross, with help from the NRA’s advocacy arm, Americans for Prosperity, and One Nation, a dark money group linked to GOP strategist Karl Rove. Ross had some support from the AFL-CIO, which had spent around $900,000 as of late October.

Missouri Republican Roy Blunt, the incumbent, defeated his Democratic challenger, Secretary of State Jason Kander, with help from the NRA’s Institute for Legislative Action, Americans for Prosperity, and One Nation. Kander had support from Majority Forward and the American Federation of State, County and Municipal Employees.

This story was originally published on darkmoneywatch.org, a project of MapLight.