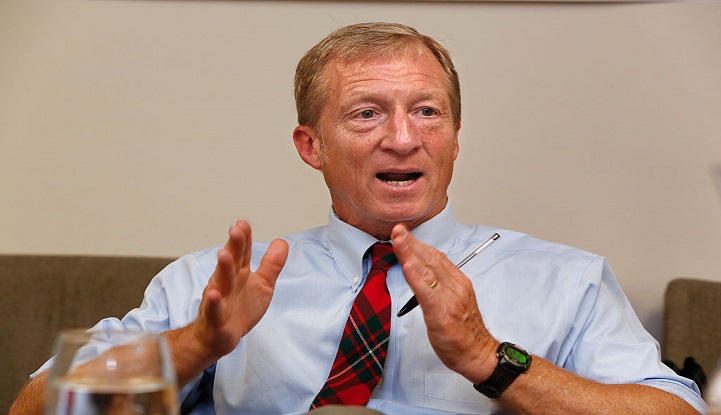 October 11, 2016 - Typically, large organizations like corporations, unions and political parties are responsible for the largest contributions in political campaigns; individuals generally contribute less. In the 2016 election cycle in California, however, a few individuals are making a huge financial impact.

Consider Proposition 54, which would prohibit the Legislature from passing any bill unless it’s been published online for at least 72 hours prior to the vote. Like four other ballot propositions (Props. 51, 58, 59 and 65), no money has been raised to oppose the idea. But unlike any other proposition, over 99% of the $10.6 million raised to support Prop 54 has come from one individual donor -- Charles T. Munger Jr., a Stanford physicist and the son of the billionaire vice chairman of Berkshire Hathaway.

The campaign for Prop. 53, which would require voters to sign off on deals that require taxes to pay for public infrastructure bonds, is completely funded by Dean and Joan Cortopassi, Stockton-area farmers who are concerned about the potential effect of changes to the state’s water distribution plan on their land.  The Cortopassis have contributed more than $4.5 million to support the measure while a broad coalition of interest groups, including the California Democratic Party, Pharmaceutical Research and Manufacturers of America, and construction unions have raised over $5.5 million to stop it, thanks to a contribution of $1.7 million from the Brown for Governor 2014 committee.

Tom Steyer, the billionaire investor who’s spent millions to support measures that would curb the impacts of climate change, is another individual who’s spending big. Steyer has given $5.5 million to support Prop. 56, which would increase the state’s tobacco tax and direct more money into health-care programs. He is fighting a financial uphill battle though. Prop. 56 advocates have raised $23 million so far, while opponents, led by the tobacco lobby, have chipped in about $66 million.

Wealthy donors are weighing in on both sides of the Prop. 64 battle over marijuana legalization. Julie Schauer, a Pennsylvania retiree, has given $1.4 million, or more than half of the $2.5 million raised to fight the measure. Meanwhile, Sean Parker, former president of Facebook, has funneled more than $7 million into the effort, about one third of the total amount raised in favor of Prop. 64.

While this year features a high number of large individual donors, it’s not completely without precedent. In fact the biggest individual donor to a particular ballot measure campaign was Stephen Bing, who contributed $50 million to support Prop 87, an alternative energy measure that failed to pass during the 2006 election cycle. After Bing, the second-biggest contributor supporting Prop 87 was Sun Microsystems co-founder Vinod Khosla ($2 million). The opposition, in contrast, was largely funded by corporations including Chevron Corp. ($38 million), Aera Energy LLC ($33 million), and Occidental Oil and Gas ($10 million). Prop 87 ultimately failed to pass.

MapLight analysis of contributions to committees supporting or opposing ballot measures using data available from the California Secretary of State as of October 9, 2016. Searchable contributions data is available on Power Search.