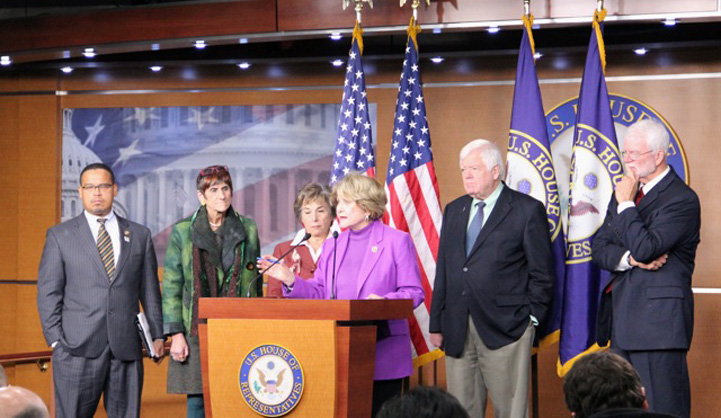 Top 10 Recipients of Contributions from Industries Supporting and Opposing H.R. 2146

To localize this data by your state's legislator click on the column head titled "state" from the bill page.

To see how much each member of the Senate received from industries in support of and opposition to the House-passed version of H.R. 2146, click here, then scroll down to the bottom of the page. You can sort by any column by clicking on the title heading. The votes listed on the page are how each Senator voted on the motion to invoke cloture on H.R. 2146.
Methodology:
MapLight analysis of campaign contributions to the principal campaign committees of current members of the Senate from PACs and employees of industries supporting and opposing the House-passed version of H.R. 2146 from October 1, 2008 to September 30, 2014. Contributions data source: OpenSecrets.org.
MORE NEWS