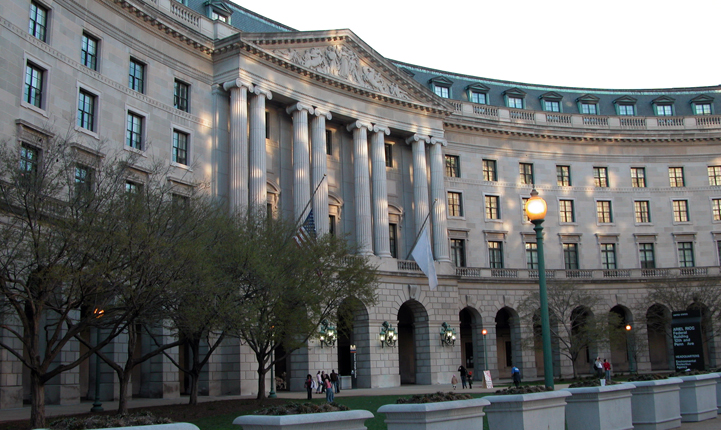 On Tuesday, the House passed H.R. 1029 by a vote of 236-181. The bill, if it becomes law, would change how the EPA selects experts to serve on its science advisory council. The bill’s supporters argue the legislation increases transparency by requiring the board’s members to disclose their financial relationships. Environmental groups, however, have long opposed this and similar bills, which they say would effectively delay the advisory board’s work and allow experts with financial conflicts of interest to serve on the board. The White House has said President Obama will veto the legislation if it passes the Senate.

One of the major supporters of H.R. 1029, is the Alliance for American Innovation, a coalition of industry trade associations. In April 2013, the Alliance wrote a letter to the House Environment Subcommittee encouraging members to pass a previous version of H.R. 1029. The letter was signed by 29 trade associations* including congressional stalwarts like the National Association of Manufacturers and the Fertilizer Institute.

MapLight analyzed the lobbying spending of the 29 trade associations that signed the April 2013 letter.  Of the 29 signatories, 22* reported lobbying Congress or the federal government.

MapLight analyzed the campaign contributions from the political action committees of the industry trade groups that signed the April 2013 letter, to representatives voting on H.R. 1029 during the 2014 election cycle (January 1, 2013 - December 31, 2014). Of the 29 groups that signed the letter, 12* have PACs. 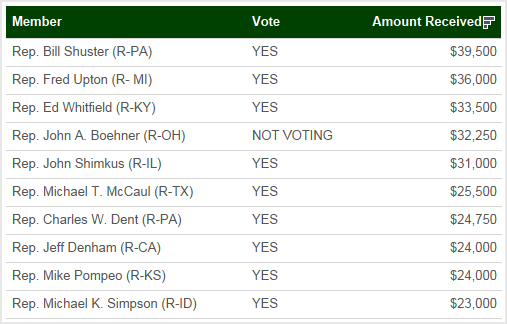 *List of Trade Associations that Signed the April 2013 Letter 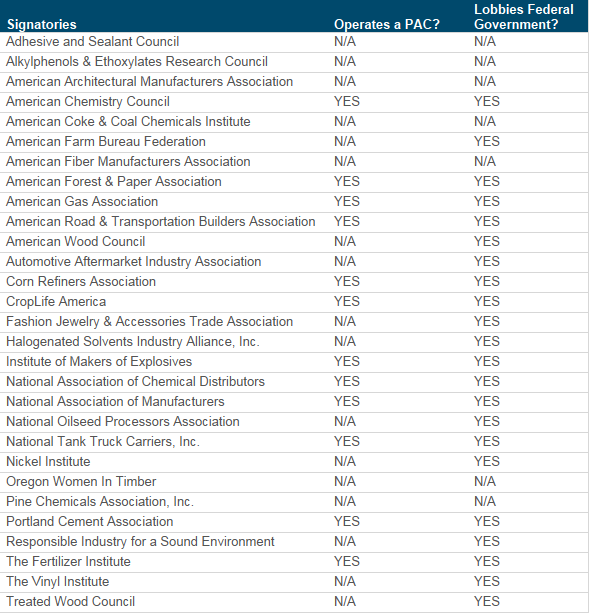 Campaign Contributions: MapLight analysis of campaign contributions to members of the House of Representatives from the political action committees of the 12 trade associations from recently available FEC data from January 1, 2013 - December 31, 2014.

Lobbying: MapLight analysis of federal lobbying disclosure filings from the Clerk of the U.S. House of Representatives between January 1, 2008, and March 16, 2015. Lobbying totals represent money paid by an organization to each lobbying firm for services on all issues. Organizations report total lobbying expenses as a lump sum, which includes both in-house lobbying expenses and amounts paid to (and reported by) lobbying firms that they employ. MapLight calculates a given organization's in-house lobbying expenses by subtracting the total income reported by the lobbying firms that it employs from the company's total reported expenses. In general, filers may round their spending and expenses to the nearest $10,000, and we treat the designation of "Less than $5,000" as a value of $0. MapLight updates its lobbying database daily to capture amendments. Full reports are due on the 20th day of January, April, July, and October.