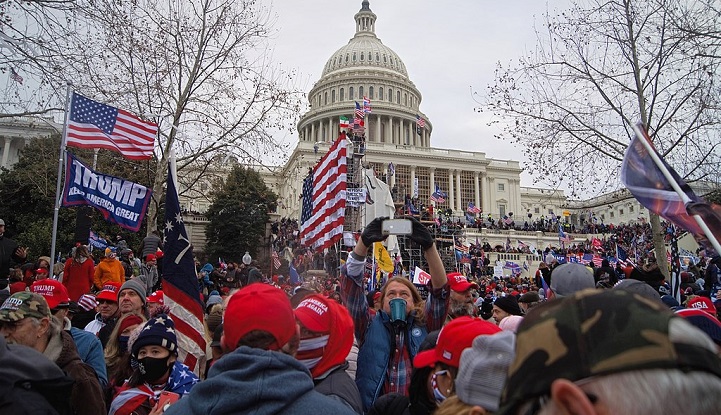 This week marks the first meeting of the House Select Committee investigating the January 6th attack on the US Capitol. According to House Speaker Nancy Pelosi, the committee will look into the events that led up to the attempted insurrection, and make policy recommendations to help prevent such an attack from ever occurring again. While this work is critical to the health of our democracy, in order for the committee to be successful, it must also deliver on its responsibility to fully investigate the role social media played in amplifying the disinformation and conspiracy theories which helped spark this attack on democracy.

The attack on the Capitol marked an unprecedented threat to American democracy, as an angry mob, spurred on by former President Trump, interfered with our political system’s foundation — the peaceful transfer of power. Despite executives’ claims to the contrary, there’s no doubt social media played a significant role in enabling the January 6 riots. The insurrection was based on lies spread on social media, planned and advertised across social media sites, and unchecked or simply allowed to continue by social media policies.

It is for this reason the legislation which established the Select Committee states it should investigate how social media was leveraged to spread disinformation prior to January 6th and to coordinate the attack on the Capitol. Historically, leaders of Facebook, Twitter, YouTube and other social media platforms have failed to address the disinformation, conspiracy theories, and extremist content that is rife on their platforms. These companies knew their algorithms were amplifying dangerous messaging, and yet refused to address the issues out of fear that diminished engagement would damage their bottom line.

Since the insurrection, the platforms have given little indication they are changing their approach. In the months following the attack, Facebook has still allowed content promoting lies about the election. A July report from the Southern Poverty Law Center found that Twitter’s permissive policy towards far-right extremism enables politically motivated violence. YouTube’s algorithm, meanwhile, continues to push extremist content and harmful misinformation on users, oftentimes violating their own policies to do so.

To understand how platforms contributed to the events of January 6th, transparency is key. Yet platforms have typically been allergic to sharing data, even when it’s in the public interest. Facebook has already refused to answer its own Oversight Board’s questions about the role it played in the Capitol riots and YouTube has refused to address the spread of foreign-language disinformation on its platform.

In investigating the role social media platforms played in the Capitol riots, the Select Committee has the opportunity to demand the transparency social media companies have historically refused to provide. That transparency is crucial not only to understanding the events that led to January 6th, but also to understanding the types of regulatory measures that should be put in place to protect our democracy.

The insurrection showed that social media platforms are either unable or unwilling to protect our democracy. In order to prevent another attack, platforms must be subject to consistent regulations proposed and passed by elected officials in Washington, D.C., not unelected CEOs in Silicon Valley.