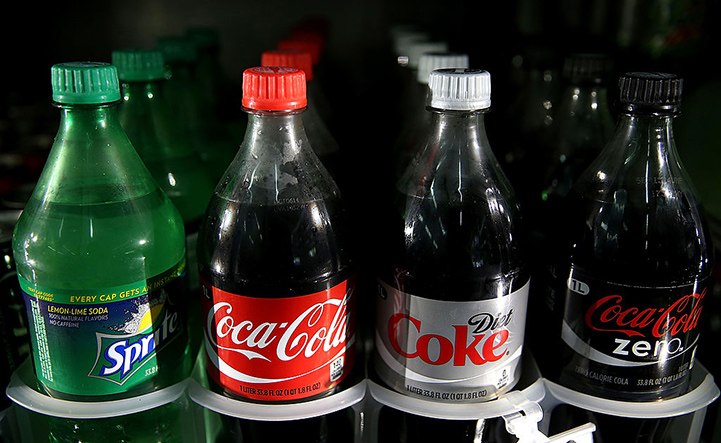 A bill to tax sugar-sweetened beverages in California was tabled for interim study for the remainder of the year.
Photo by Justin Sullivan / Getty Images.

May 11, 2017 -- The soda industry’s deep pockets are a well-known hurdle to taxing sugar-sweetened beverages, but a new MapLight analysis suggests the industry may be directing significant amounts of money to an unexpected faction of the California Legislature: its all-Democratic Latino Caucus.

Although voters in San Francisco, Oakland and Albany approved measures in November to tax sugar-sweetened beverages, many of the state’s elected officials don’t appear to share their enthusiasm. At least five bills to tax sugary beverages have been scrapped by state legislators since 2002. The most recent bill to receive a vote was introduced in the California Assembly in 2015 by Reps. Richard Bloom, D-Santa Monica; David Chiu, D-San Francisco; and Anthony Rendon, D-South Gate. Rendon, the Assembly speaker, is the only sponsor who’s a member of the Latino Caucus.

Even though he sponsored the soda tax bill, Rendon was also among the top five recipients of money from the soda industry. Meanwhile, Rep. Tony Thurmond, a Richmond Democrat and the only Latino Caucus member to vote for the soda tax, received no money from the industry. Thurmond’s district includes Berkeley and Albany, which both approved municipal sugar-sweetened beverage taxes.

In a 2013 Field Poll, California Latinos were more likely than any other ethnic group to support a soda tax at the ballot box, particularly if funds were used to combat obesity. University of California, San Francisco researchers concluded in a 2012 study that a statewide soda tax would be most beneficial to Mexican-Americans, who tend to be at higher risk of developing heart disease and diabetes.

Bloom introduced another soda tax bill earlier this year. The measure would direct funds “to diminish the human and economic costs of diabetes, obesity, heart disease, and dental disease in California.” The bill was tabled for interim study for the remainder of the year.

MapLight analysis of campaign contributions from the American Beverage Association, California Nevada Beverage Association, Coca-Cola, Pepsi, and Dr Pepper Snapple to candidate committees during the 2015-2016 election cycle. Contributor figures are based on itemized records, aggregated by employer or affiliate organization. All numbers are based on latest data made available by the California Secretary of State as of April 16, 2017.