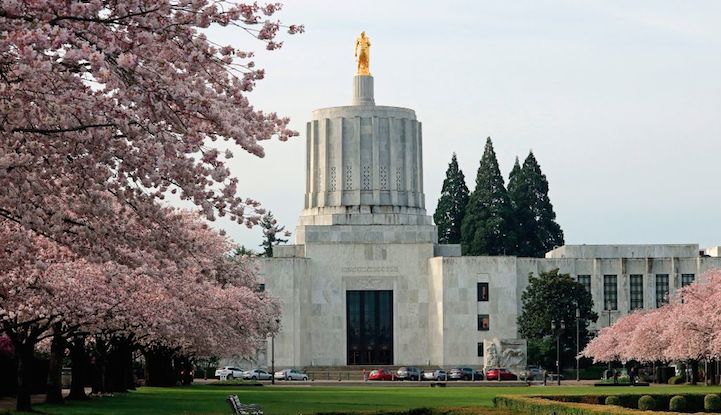 PORTLAND, Ore. – As Oregon state legislators consider a package of bills to limit the influence of money in politics, a new MapLight report outlines hows megadonors and Portland’s “donor class” have an outsized impact on Oregon elections. Currently, there are no limits in Oregon on how much money an individual or organization can contribute to a candidate or ballot measure campaign.

MapLight's analysis reveals that in the 2018 elections, 60 percent of contributions to statewide candidates from individual donors came from just 20 ZIP codes, which represent less than 15 percent of the state’s population. Twelve of the top 20 ZIP codes are in the Portland metropolitan area.

MapLight also found that there were 20 times as many small donors as large donors, but their financial impact was limited. The analysis showed:

Within that group of large donors, the analysis found an even narrower pool of “megadonors,” individuals who gave more than $100,000 to candidates. Cumulatively the top 14 megadonors gave $4.7 million (25 percent of all money raised from individuals) and most of it went to record-spending in the governor’s races.

The analysis comes as the Oregon state legislature begins to actively consider a package of bills to limit the influence of big money  in politics, including instituting contributions limits, increasing disclosure for political advertising, and allowing voters to amend the state constitution to clearly authorize campaign finance reform. Yet another bill would establish a small donor elections system for state Senate and House seats, incentivizing candidates to run for office without any big money support. In exchange for accepting no more than $250 from anyone, the small contributions they receive from their own constituents would then be matched 6-to1.

“The current proposed campaign contribution limits are useful to prevent the really large contributions, the outliers, but what they won’t do is fundamentally change the way campaigns are financed,” said Kate Titus, executive director of Common Cause Oregon, a nonpartisan organization working to pass campaign finance reform in Oregon.

“Until Oregon passes a small donor election system, candidates will continue to look for support from a tiny donor class that is not representative of most Oregonians,” Titus added.

View the full report here:  Money in the 2018 Oregon Elections