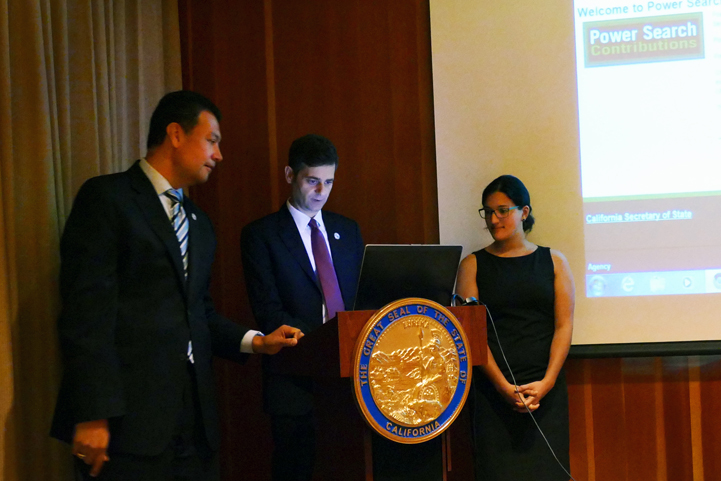 DEMO: To view a demo of how to use Power Search to track campaign contributions click here.

MapLight, in partnership with California Secretary of State Alex Padilla, announced today the launch of a new open source campaign finance search tool that will greatly increase political transparency for citizens of California.

"Both the public and the press should have quick and easy access to campaign finance information," California Secretary of State Alex Padilla said in a statement released on Thursday morning. "Power Search is the first step in modernizing and upgrading Cal-Access."

Power Search allows citizens and journalists to swiftly and easily review the source, recipient and amount of state-level campaign contributions from 2001 to the present. The data can then be filtered by recipient, date, amount, location, and other fields, or downloaded into a spreadsheet for additional analysis.

"With the influence of campaign money far too pervasive in our government, we commend Secretary Padilla for his visionary approach to increasing political transparency in California," said Daniel G. Newman, President and Co-Founder of MapLight. "It's now easier than ever for the public to get a clear picture of the money behind California elections."

In contrast to the lengthy, traditional government technology procurement process, MapLight developed Power Search in just six months at a cost of $100,000.

The project's development was funded with a grant from The James Irvine Foundation with the goal of providing Californians with access to information critical to democracy.

"The James Irvine Foundation is proud to support innovations like this to improve transparency in California," said Don Howard, The Irvine Foundation President and CEO. "The CAL-ACCESS Power Search tool is a great first step to making vital information about money in politics more accessible.

To experience Power Search firsthand, simply go to the Secretary of State's website and click on the Power Search Contributions button.