June 19, 2014—MapLight, a nonpartisan research organization that tracks the influence of money in politics, announces the launch of an extensive mapping project examining the geographic origin of contributions to legislators by state; contributions from companies to legislators by state; and roll call votes by state and district on key bills in Congress. For the first time, it will be possible to instantly see and understand the role money from outside sources plays in local races and the geographic alignment of support and opposition to key legislative initiatives.

Who in Your State Has Contributed Money to Majority Leader Candidate Kevin McCarthy (R-CA)?

With Rep. Eric Cantor (R-Va.) on his way out of Congress, the House Republican Caucus is working to replace him as Majority Leader, the second highest-ranking leadership position in the House of Representatives. According to House.gov, the Majority Leader "is charged with scheduling legislation for floor consideration; planning the daily, weekly, and annual legislative agendas; consulting with Members to gauge party sentiment; and, generally working to advance the goals of the majority party." The Majority Leader also plays a key role in raising funds to help their party retain majority control of the House.

House Republicans will meet today, Thursday, June 19, 2014, to vote on electing a new Majority Leader. Below is a geographical look at contributions by state to leading contender, Rep. Kevin McCarthy (R-CA), from interest groups and individuals. 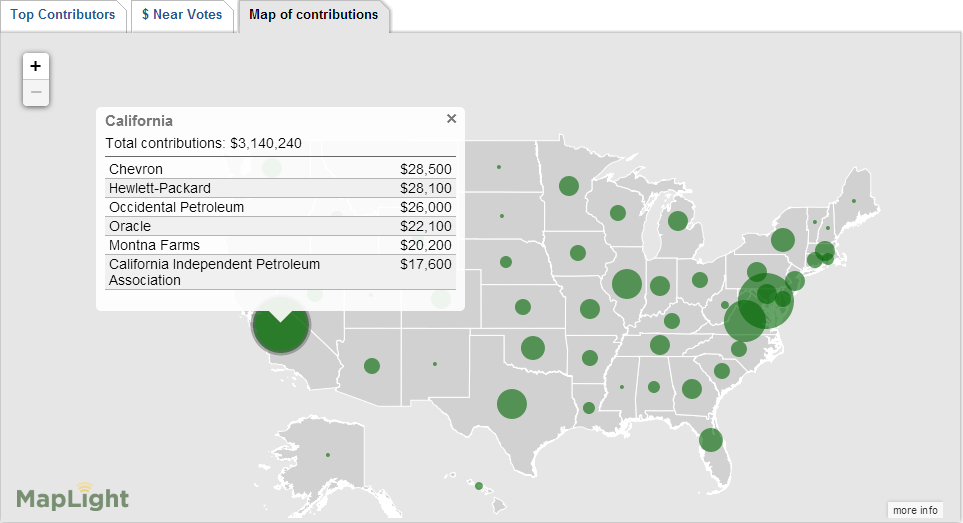 Click on the map above (or click here) for an interactive version where you can view McCarthy's top donors in each state.

Methodology: MapLight analysis of campaign contributions to Rep. Kevin McCarthy from the 2012 election cycle through the 2014 election cycle based on latest available data from the Federal Election Commission as of April 14, 2014.

How Did Your House Rep. Vote on The Farm Bill?

After years of delay, Congress finally approved a new farm bill earlier this year, extending the nation's food and agriculture programs until 2018. The bill passed on a bipartisan vote of 251-166, with conservative Republicans and liberal Democrats making up the bulk of the "No" votes.

Click the map below (or click here) to view an interactive version that shows how Representatives in each congressional district voted on the farm bill. 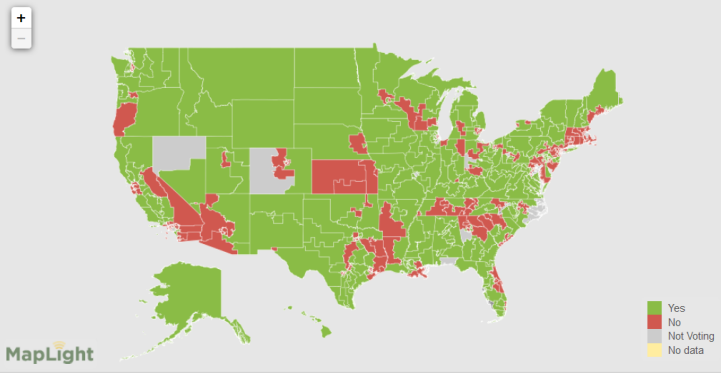 Comcast Peppers Lawmakers Across the Country with Donations

Comcast Corp., the nation's largest cable television and internet provider, is one of the most politically active companies in American politics. They are currently seeking regulatory approval from the U.S. government to combine with Time Warner Cable, the second largest cable provider in the country.

The map below provides an overview of Comcast's contributions to members of Congress. Click on the map (or click here) to view an interactive version where you can see the top recipients of Comcast money in each state. 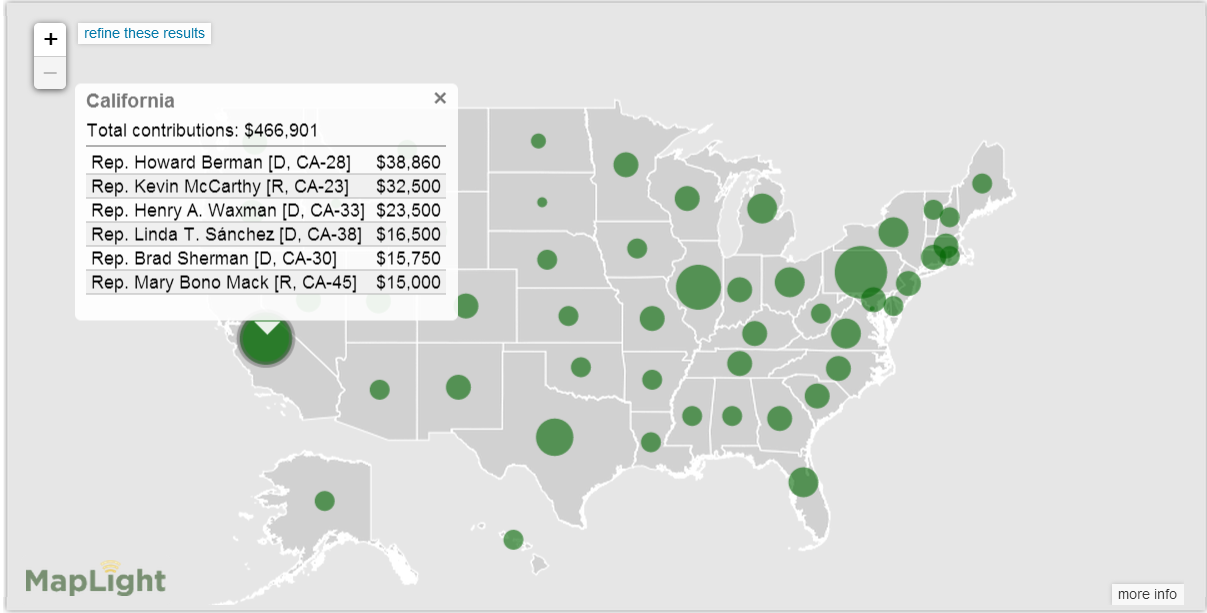 Methodology: MapLight analysis of campaign contributions to current members of Congress from PACs and employees of Comcast Corporation from the 2012 election cycle through the 2014 election cycle based on latest available data from the Federal Election Commission as of April 14, 2014.

A link to this data release can be found here.