November 10, 2014—In 2010, the Federal Communications Commission (FCC) issued a rule designed to enshrine net neutrality as the law of the land, prohibiting fixed-line internet service providers from blocking or discriminating against traffic to lawful content on the web. In April 2011, the House of Representatives passed a resolution of disapproval against the FCC's net neutrality rule.

This 2011 FCC rule was thrown out in 2014 by the D.C. Circuit as a result of the Verizon v. Federal Communication Commission case.

How did members of the House of Representatives vote on the 2011 resolution opposing net neutrality? Click the map below (or click here) to find out. 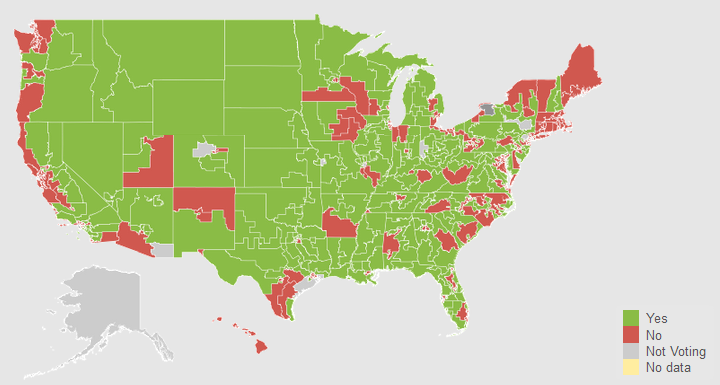