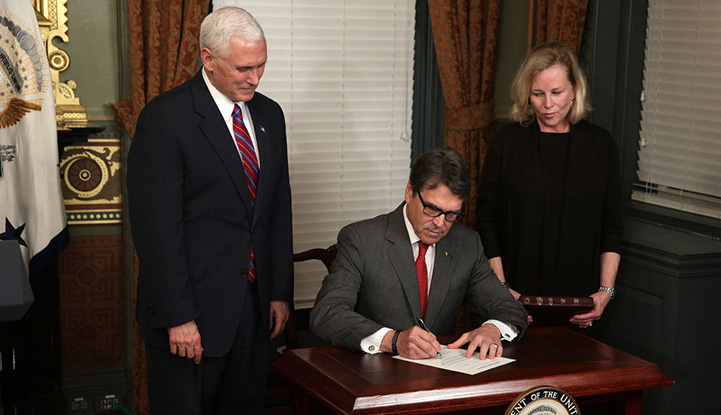 March 3, 2017 -- Rick Perry, who was confirmed by the Senate Thursday as head of the Department of Energy, has received more than $15 million in contributions from the energy and natural resources sector during the course of six campaigns, according to a MapLight analysis of data from the National Institute of Money In State Politics.

Texas, where Perry served as governor from 2000-15, is home to roughly one-third of estimated U.S. oil reserves. Several major oil companies also have U.S. headquarters in the state, including ExxonMobil, Valero, and ConocoPhillips.

However, the large donations Perry has received from the industry could add to concerns many environmental advocates have expressed over his selection. During his eight years in office, former President Barack Obama encouraged the DOE to focus on initiatives that would develop clean energy and slow climate change.

Testifying before the Senate Committee on Energy and Natural Resources, Perry said he planned to support all forms of energy, including renewables. He also expressed regret for a statement he made during his 2012 bid for president calling for the elimination of the Energy Department.