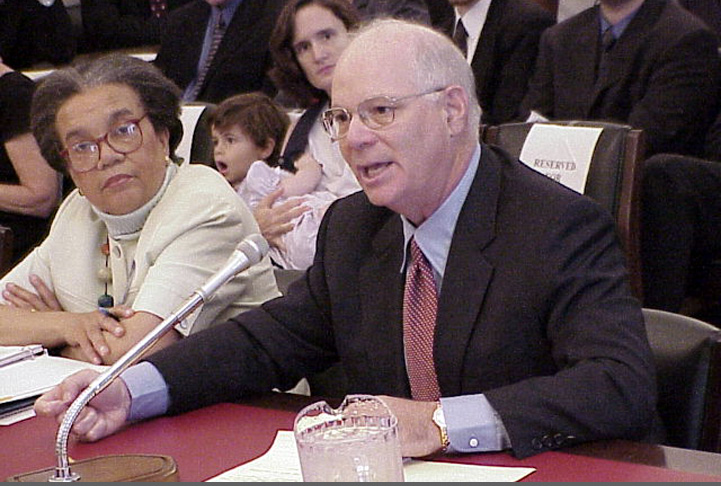 April 14, 2015 -- Later today, Sen. Ben Cardin (D-MD) is scheduled to participate in his first hearing as the ranking member of the Senate Foreign Relations Committee. On April 1, Sen. Bob Menendez (D-NJ), the previous ranking member, announced he would temporarily vacate the position, allowing Sen. Cardin to take over as the committee's top Democrat. The committee is scheduled to consider S.615, which would require congressional approval before the Obama Administration would be able to lift some sanctions against Iran.

Though Sen. Cardin has not signed on as a cosponsor of the bill, he has criticized some aspects of the Obama Administration's nuclear negotiations with Iran, which have drawn criticism from pro-Israel groups since they believe a watered-down agreement poses a threat to Israel's security. In general, Sen. Cardin favors legislation requiring congressional review of the Iran nuclear deal, and he previously sent a letter to President Obama criticizing the administration for suggesting they might circumvent direct negotiations with Israel regarding the deal.

DATA: A MapLight analysis of campaign contributions from the top interests and organizations funding the campaign committees of Sen. Cardin (D-MD) from January 1, 2005 to September 30, 2014. Data source: OpenSecrets.org.

Below is a list of Sen. Cardin’s top contributors and the top industries that have contributed to his campaign committee in the last six years, Oct 1, 2008 - Sep 30, 2014. 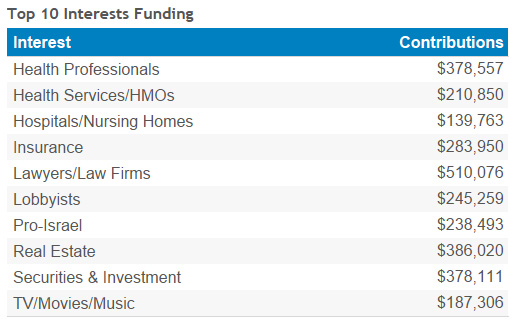 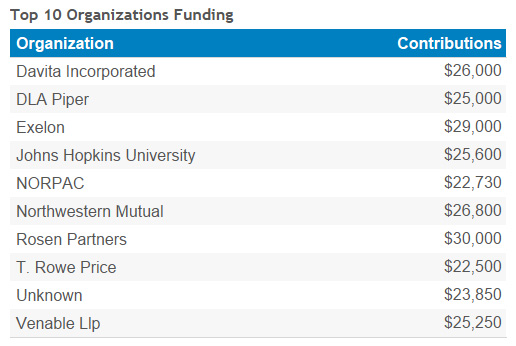 Editor's note: Contributions from political parties and from other candidates are not included in the "Top 10" lists.