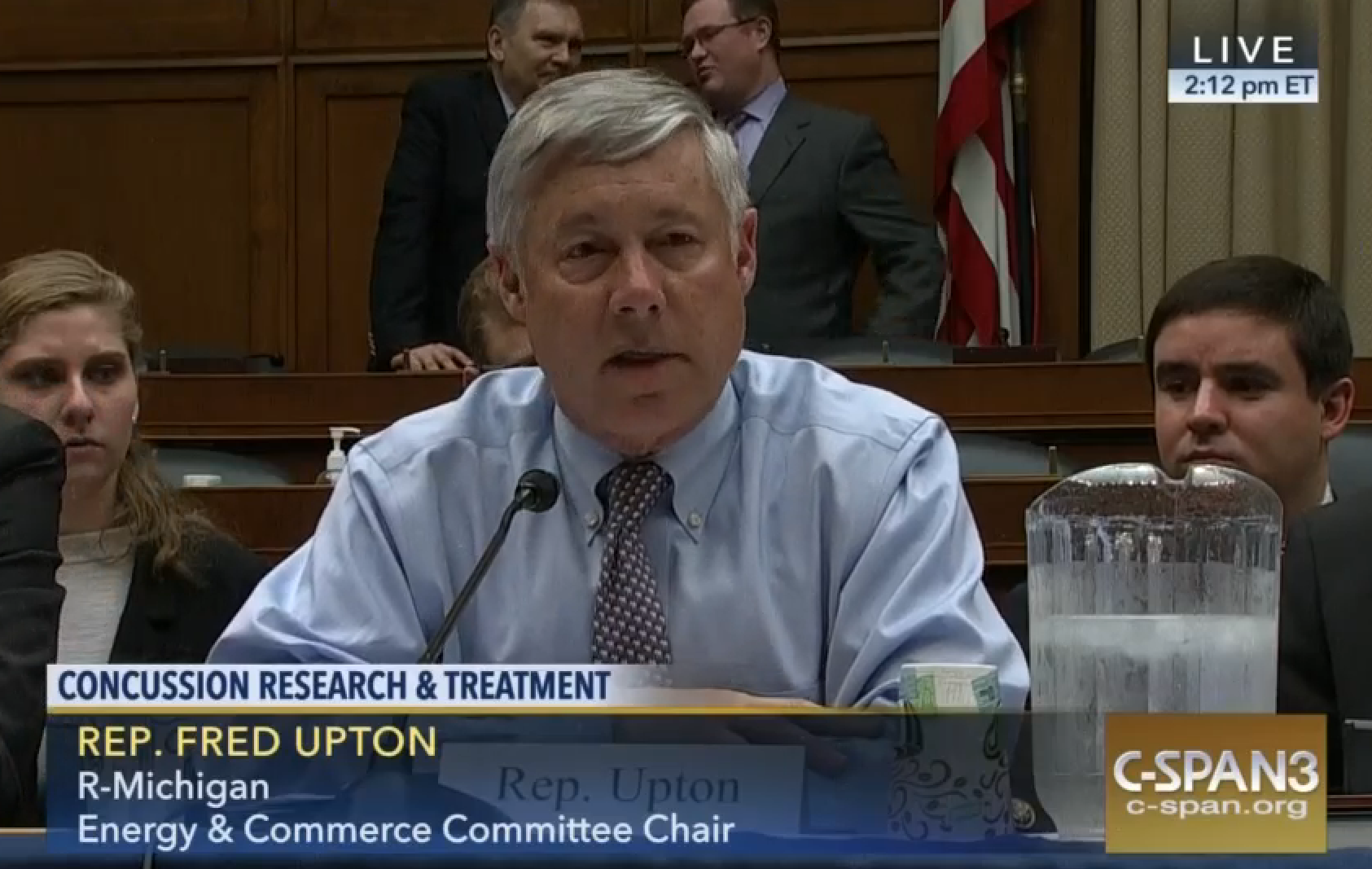 March 23, 2016 --The National Football League’s political action committee has made campaign contributions to most members of a Congressional panel reviewing concussion research.

A MapLight analysis of campaign finance data has found the NFL’s Gridiron PAC has given money to 41 of the U.S. House Energy and Commerce Committee’s 54 members. Since 2008, 17 percent of the PAC’s campaign contributions -- or $292,000 --  has gone to those lawmakers.

The Energy and Commerce Committee could produce legislation establishing guidelines for managing concussions. In December, its chairman, Representative Frank Upton, (R-Michigan), announced it would conduct “a broad review” of concussion research.

The Gridiron PAC has contributed $25,000 to Upton and $8,500 to Rep. Frank Pallone, (D-New Jersey), the committee’s highest ranking member. The PAC has also contributed $1,500 to Rep. Tim Murphy, (R-Pennsylvania), who heads the Subcommittee on Oversight and Investigations. The subcommittee held a roundtable discussion on concussion research last week.

For years, the NFL has tried to reassure parents, players, and fans about its sport’s safety, as evidence of a link between concussions and brain damage grew. Until last week, the league maintained there was no link between football and the degenerative brain disorder chronic traumatic encephalopathy (CTE).

During the roundtable, Rep. Jan Schakowsky, (D-Illinois), who has not received any Gridiron PAC contributions, said she was “concerned that the NFL has a troubling record of denying and discrediting scientific inquiry into the risks of playing football.”

Schakowsky asked Jeff Miller, the NFL’s Senior Vice President for Health and Safety Policy, if he thought there was a link between football and CTE.

Miller replied, “The answer to that question is certainly yes.”

His response marked the first time the league has acknowledged such a link, according to ESPN.

Miller and medical experts who spoke last Monday were not required to give sworn testimony, because they were attending a discussion, not an official hearing.

At the start of the discussion, Rep. Murphy  said the purpose of the roundtable was not “to re-litigate past actions, point figures, or cast blame.”

“We are here to take a step back, to gain some perspective, and to begin a conversation focused on solutions, not on problems,” he said.

Rep. Pallone called on Upton to hold a series of hearings on concussions.

Pallone, who explained that his daughter suffered a concussion after she was hit by a baseball in high school, read a statement that said, in part, “It is time to accept the mounting evidence that there is a linkage between head impacts and brain damage. And it’s time to do something about it.”

MapLight is a 501(c) 3 research organization that tracks money's influence on politics.