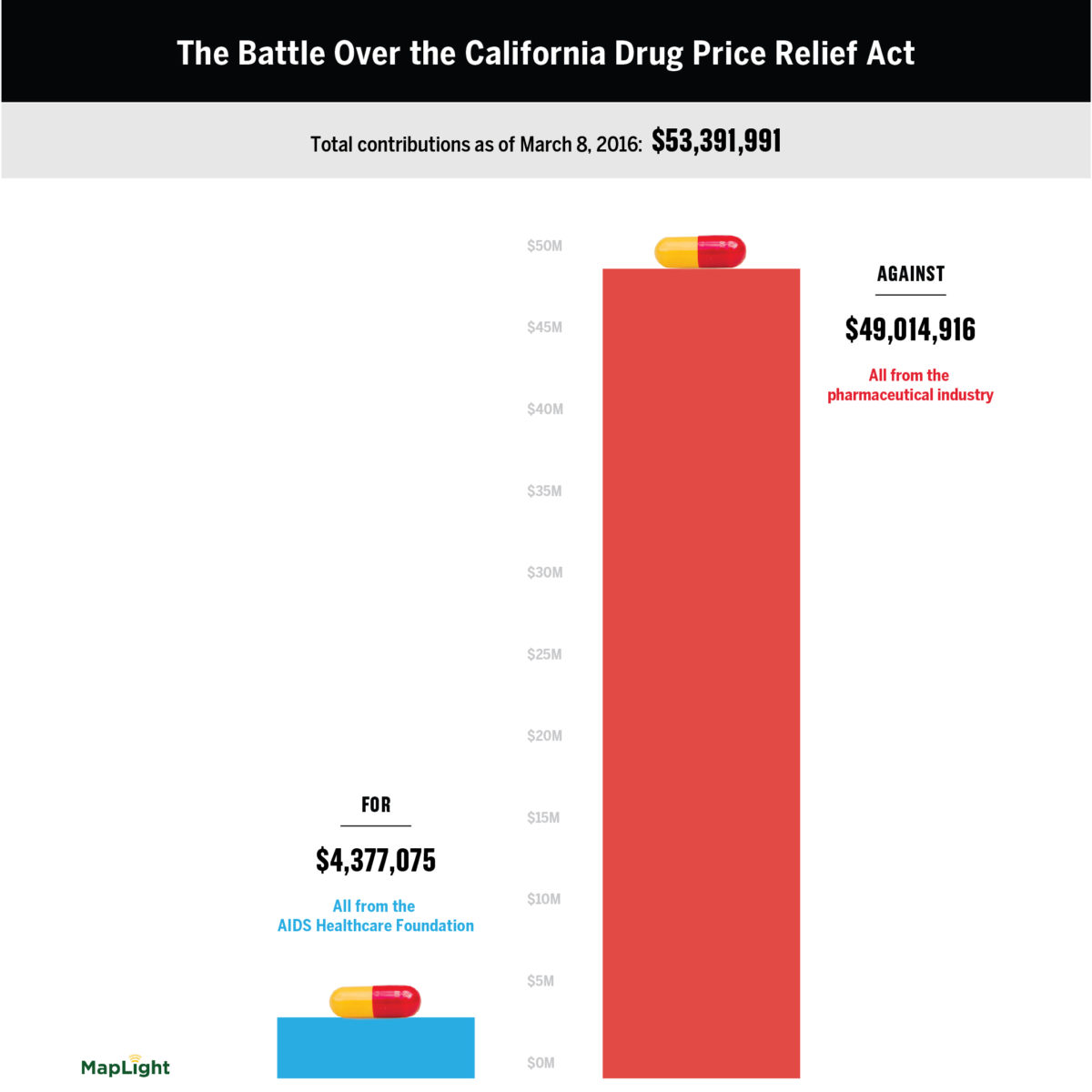 March 14, 2016 -- The pharmaceutical industry has poured $49 million into a campaign against a California ballot measure aimed at limiting state spending on prescription drugs, according to a MapLight analysis of Secretary of State data. As of March 8, the industry's contributions account for more than half of the $81.1 million that has been given to campaigns for and against initiatives on the state's November ballot. The battle over the California Drug Price Relief Act is already one of the most expensive in state history. Drug companies and the industry's trade association have contributed eleven times more money than the initiative's sole financial backer, the AIDS Healthcare Foundation. The foundation has given more than $4.3 million dollars to "Californians for Lower Drug Prices," the committee running the campaign for the measure. It is also providing all of the funding for another November ballot initiative that requires actors to wear condoms in adult films. Although the pharmaceutical industry's campaign committee is called "Californians Against The Misleading Rx Measure," 27 of the 30 companies that have contributed to it are headquartered outside of the state. The industry's trade association, the Pharmaceutical Research and Manufacturer's Association of America, which is running the campaign, is based in Washington, DC. The committee's two biggest contributors are Johnson and Johnson and Pfizer, Inc. They have contributed a combined $11.7 million. The California Drug Price Relief Initiative would limit state spending by requiring state agencies to pay the same prices for prescription medications as the U.S. Department of Veterans Affairs. Supporters of the measure say it would reduce prices, while opponents argue it would result in higher prices and costly lawsuits. The initiative is one of seven measures that have already qualified for the November ballot. Signature gathering is underway for more than a dozen other proposed measures.