Presentation Outlines How Dataminr Sells Its Services To Foreign Governments 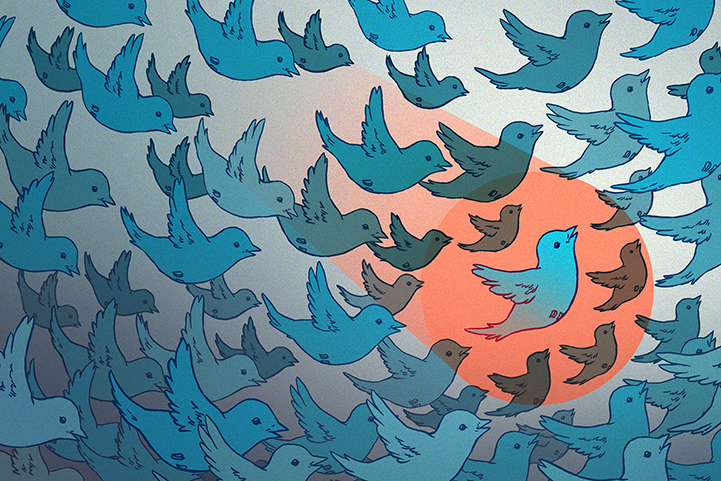 This piece was published in partnership with The Verge.

January 27, 2017 -- In July 2015, Capricia Marshall, who had served as US Chief of Protocol under Secretary of State Hillary Clinton, wrote to the Canadian embassy in Washington with a “special request.”

Marshall wanted to set up a meeting between Canada’s ambassador to the United States and Dataminr. The company’s service analyzing Twitter data has concerned privacy advocates who believe that governments may use it to monitor protestors or activists.

“A dear friend and colleague would like to introduce the Ambassador to a company, Dataminr, their powerpoint is attached,” Marshall wrote in an email. “The presentation is quite compelling.”

In the presentation, Dataminr explained how its algorithm filters Twitter data into alerts based on “relevant on-the-ground chatter” and “off-the-radar content,” and in ways that suggest its service could have been used to surveil individual Twitter users.

A MapLight review of Marshall’s leaked emails found that she successfully arranged a meeting with Canada’s ambassador within a day. Her personal emails were posted in October on DCLeaks.com, a website the US government says Russian military intelligence used to distribute stolen emails to help Donald Trump win the presidential election.

The meeting, which wasn’t disclosed to Canadian lobbying regulators, was one of at least five conversations that Marshall arranged between Dataminr and foreign embassies at the behest of a consulting firm, Beacon Global Strategies.

Beacon has deep ties to the national security community. The firm is led by former top State Department and Pentagon officials, and it employs two former CIA directors. Beacon isn’t registered to lobby in Washington. Instead, emails suggest the firm has focused its efforts on international lobbying, a shadowy realm with limited oversight.

One Beacon memorandum from the emails touted Dataminr’s ability “to explore an individual’s past digital activity on social media and discover an individual’s interconnectivity and interactions with others on social media.” Last week, a spokesperson for Dataminr told MapLight that the company had “decided not to build or deploy” the capabilities described in the memo, and has instead focused on providing governments breaking news alerts about emergencies.

The company’s 2015 marketing material, which Marshall sent to the Canadian embassy, suggests that identifying individual users was a key part of Dataminr’s pitch to foreign governments.

A slide titled “Expanded User Detail” shows how Dataminr allows users to quickly locate the "original source” behind a breaking news alert, and then find that person’s most popular tweets, what hashtags he has used in the past and who has shared his tweets. According to the document, Dataminr could also produce a map of where the alert originated.

A spokesperson for Dataminr said Wednesday: “Dataminr only provides its breaking news alert product to government customers, and this product does not provide any government customers with their own direct firehose access or features to export data; the ability to search raw historical Tweet archives or to target or profile users; conduct geospatial analysis; or any form of surveillance.”

Throughout the document, the company described how it uses Twitter data to produce alerts about public safety incidents and terror attacks ahead of major news reports. In one slide, the company highlights its competitive edge by depicting how its users knew that militants had taken hostages at a Tunisian national museum before "the first major news report."

Dataminr repeatedly emphasized its relationship with Twitter, noting on one slide that it has a “long-term strategic data and product partnership” with the social media company. Twitter owns a 5 percent stake in Dataminr, and gives the company exclusive access to its “firehose,” or its full feed of users’ public posts.

The marketing material also touted Dataminr’s relationship with In-Q-Tel, the CIA's venture capital arm. On a slide titled “About Dataminr,” the company describes its backers and separately highlights its “partnership” with the firm. In-Q-Tel’s investment in Dataminr was first made public in an April 2016 report by The Intercept.

In December, Twitter announced Dataminr would no longer allow public sector clients to use its geospatial analysis application, which had allowed federally funded police fusion centers to identify individual tweets and users linked to events and keywords. Dataminr told The Verge that fusion centers would still have a “limited version of our product, which provides tailored breaking news alerts based on public Tweets, to those supporting the mission of first response.”

The American Civil Liberties Union of Northern California previously expressed concerns to MapLight that Dataminr’s tool could be used to “map political affiliations.” In the 2015 document, Dataminr offered "geographic political analysis" as one of its features.

The company also suggested it could in the future incorporate posts from Instagram and Reddit, “anonymous telecom data,” and “drone image analytics.” Those potential sources were included on the second page of the document, which also prominently depicts the current data streams feeding into its “algorithmic engine.” However, a spokesperson for Dataminr said Wednesday that the company “has never pursued integrating” any of those potential streams into its products.

The document’s cover page says “Embassy of the Republic of Azerbaijan, April 15, 2015.” Emails show Marshall arranged a meeting around that time with diplomats from Azerbaijan, a country accused of jailing activists and journalists. A spokesperson for Dataminr told MapLight last week that Azerbaijan “did not trial the Dataminr product, or have access to the product.”

About The Verge:
The Verge was founded in 2011 to examine how technology will change life in the future.

About MapLight:
MapLight is a 501(c)(3) nonprofit, nonpartisan research organization that tracks money in politics. More information about MapLight can be found here.