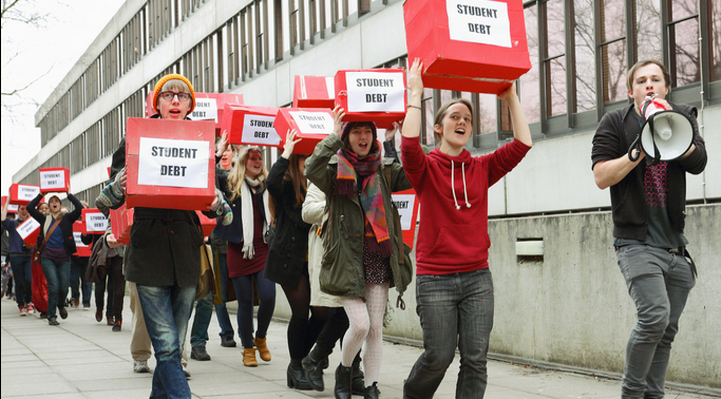 On Wednesday, June 11, 2014, the Senate voted against proceeding with consideration of Senator Elizabeth Warren's (D- MA) "Bank on Students Emergency Loan Refinancing Act," a bill that would allow holders of student loans to refinance with the government at lower interest rates. The final vote count was 56-38 (60 votes were needed to proceed), with just three Republicans voting with the Democrats in support of the measure (Senate Majority Leader, Harry Reid (D-NV) switched his vote to 'NO' for procedural reasons).

Under the bill, some individuals with private student loans would be able to have their debt paid by the federal government in exchange for taking out a new, lower-interest loan from the government for the amount that was paid. The banks that would have their loans paid off by the government would lose future revenue that they would otherwise be earning through interest payments.

Sallie Mae is by far the largest private student lender, but many of the biggest banks in the world, including Wells Fargo and Citibank, are also top holders of student loans under the now extinct Federal Family Education Loan Program.