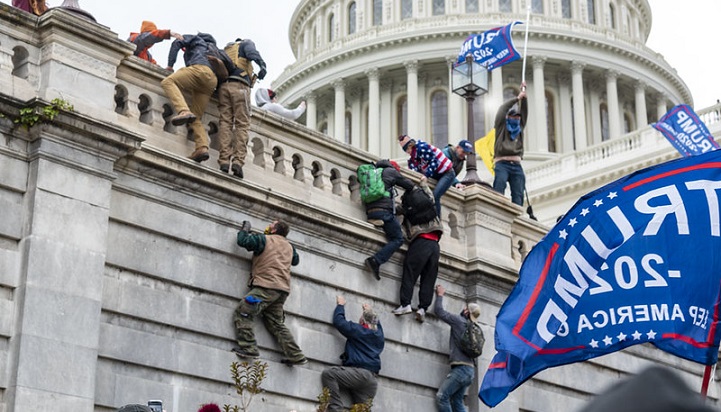 Nearly six months after a deadly attack shook the foundation of our democracy, the House of Representatives passed a bill this week to create a select committee to examine the January 6 insurrection and the role online platforms played in amplifying disinformation and conspiracy theories. Following the bill’s passage, Decode Democracy Policy Director Ann M. Ravel issued the following statement:

“It’s been nearly half a year since the peaceful transfer of power — a cornerstone of our democracy — was attacked based on wild conspiracy theories amplified online by social media companies. We have a responsibility to the people killed and harmed that day and the future of our democracy to fully understand the facts and circumstances that led to the insurrection and make sure it never happens again.

“Many of the powerful social media companies that amplified the lies fueling the attack are simply continuing the same reckless practices that led to our current disinformation crisis. Facebook has failed to examine its own role in the insurrection even after the company’s Oversight Board requested it do so and internal research found the company neglected to adequately address the “Stop the Steal” movement. Facebook has also continued recommending political groups to users despite promising not to and refuses to fact check deceptive content from politicians that destabilizes our political system. At the same time, TikTok has sent prompts to users to follow extremist accounts and YouTube continued to host channels dedicated to QAnon after ostensibly banning them.

“Put simply, social media companies are continuing to impair our democracy — even after we witnessed the devastating consequences of what happens when they ignore the extreme harms they enabled. As the House moves forward with its examination, it’s time to get to the bottom of social media’s role in the insurrection and demand accountability in order to protect our democracy.”