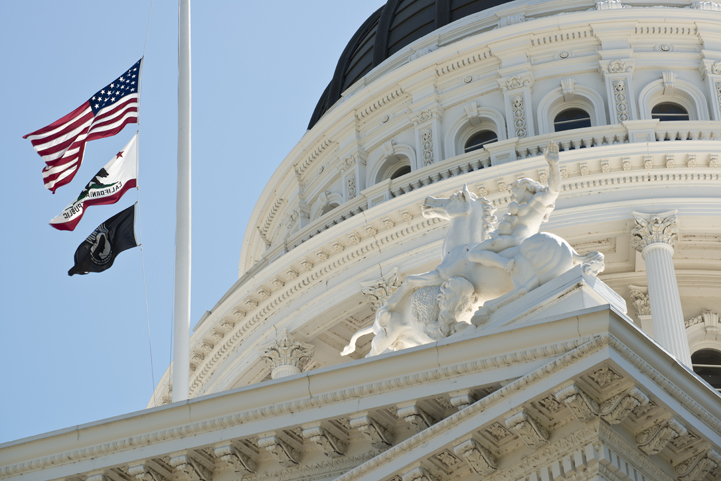 Voters in California’s 7th Senate District are set to cast ballots on Tuesday to fill the seat vacated by former State Senator Mark DeSaulnier, who was elected to Congress in November. Two Democratic members of the Assembly, Susan Bonilla and Joan Buchanan, are vying for the seat. They are joined by fellow Democrats, Steven Glazer—the current Mayor of Orinda—and Terry Kremin, a scientist and teacher. Although Republican Michaela Hertle will also appear on the ballot, she is no longer campaigning and has publicly endorsed Glazer.

Data: According to a MapLight analysis of the candidates' campaign finance filings, more than $1 million has been raised by the candidates for this election since January 1, 2015.

The following MapLight analysis details the top five largest contributors to the 2015 committees controlled by each candidate* from January 1, 2015 - March 10, 2015.

*Only three of the five candidates on the ballot—Susan Bonilla, Joan Buchanan, and Steven Glazer— have reported raising money.

**There were 27 contributors who tied for Steven Glazer's fifth position, all contributing $4,200 to the candidate's committee. The 27 names were alphabetized and the first donor on the list is displayed.

Earlier this month, the actions of the Asian American Small Business political action committee (PAC) stirred up controversy related to this race when the Republican Party of California filed a lawsuit against the group. According to the Sacramento Bee, the PAC is run by a Democratic political consultant, but has spent more than $68,000 to support Republican Michaela Hertle in the race for the 7th Senate District. The Republican Party of California claims the ads the PAC produced are misleading to voters and that the use of an elephant logo in the materials was unlawful. While the impact of the ads and the lawsuit remains unclear, MapLight has analyzed the top five contributors to the Asian American Small Business PAC since the beginning of 2013.

Methodology:
State-level candidate data: MapLight analysis of campaign contributions to the 2015 candidate controlled committees associated with candidates running for the 7th Senate District on California's March ballot from January 1, 2015 - March 10, 2015. Top contributor figures are based on itemized records, aggregated by affiliate organization for political action committees and employer for individuals. Unitemized figures are based on summaries submitted by candidate controlled committees in Form 460 reports. All numbers are based on latest data made available by the California Secretary of State as of March 11, 2015.

State-level committee data: MapLight analysis of contributions to the Asian American Small Business PAC from January 1, 2013 - March 10, 2015. Top contributor figures are based on itemized records, aggregated by affiliate organization for political action committees and employer for individuals. All numbers are based on latest data made available by the California Secretary of State as of March 11, 2015.