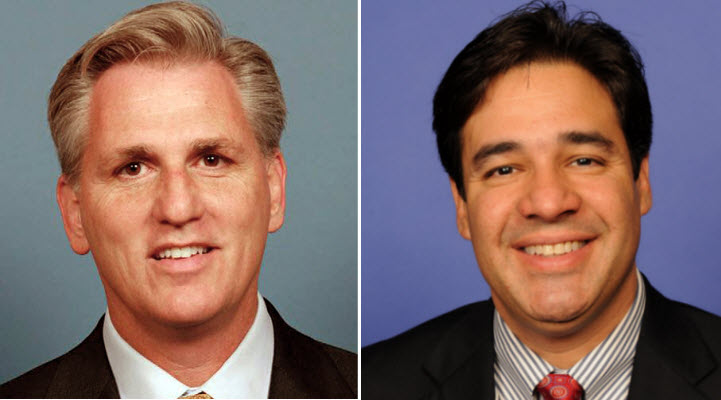 With Rep. Eric Cantor (R-Va.) on his way out of Congress, the House Republican Caucus is working to replace him as Majority Leader, the second highest-ranking leadership position in the House of Representatives. According to House.gov, the Majority Leader "is charged with scheduling legislation for floor consideration; planning the daily, weekly, and annual legislative agendas; consulting with Members to gauge party sentiment; and, generally working to advance the goals of the majority party." The Majority Leader also plays a key role in raising funds to help their party retain majority control of the House.

House Republicans will meet on Thursday, June 19, 2014, to vote on electing a new Majority Leader. Below is a look at which companies, interest groups and individuals the current candidates have taken campaign money from.

Methodology: MapLight analysis of campaign contributions from PACs and employees to Rep. Kevin McCarthy and Rep. Raúl Labrador, from Jan. 1, 2012 - Dec. 31, 2013. Contributions from political parties and from other candidates are not included in the "Top 10" lists. Contributions data source: OpenSecrets.org