What Does John Boehner Have to Lose by Debating Climate Change? 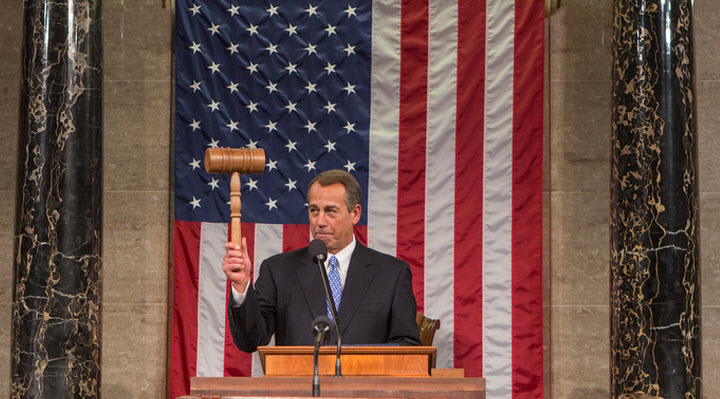 Twenty-two members of the House of Representatives recently sent a letter to Speaker John Boehner, R-Ohio, asking him to hold a debate on the House floor about the science of climate change. "As the nation's leading scientists have told us, climate change is one of the most serious threats we and future generations will confront," they wrote in the letter. "We therefore ask you and your Republican colleagues to debate us on the House floor about the dangers of climate change and the appropriate policy response."