What’s the Cost of a Seat in Congress? 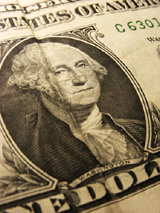 It costs a lot of money to win a seat in Congress, but how much exactly? MapLight has conducted an analysis of money raised by members of the 113th Congress who won election in 2012.

A spreadsheet of this data can be found here.

Methodology: MapLight analysis of campaign contributions to members of the 113th Congress who won election in 2012, from January 1, 2011-December 31, 2012, based on latest available data from the FEC as of February 13, 2013. Data source for median home value and household income: U.S. Census Bureau. If you use MapLight data, please cite accordingly.