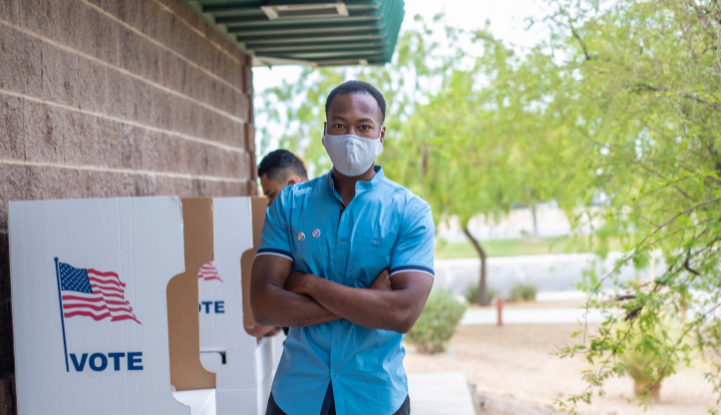 As the United States commemorates Juneteenth more than 150 years since the official emancipation of Black Americans from slavery, our country is still marked by systemic inequality, structural racism, and an ongoing struggle for civil rights that prevents Black Americans from participating in democracy on an equal footing. In recent years, the crisis of weaponized online disinformation and hate speech have placed a modern lens on our history of slavery and unveiled a new online playbook for marginalizing Black communities and preventing our democracy from realizing its full potential.

Outlined below, we highlight several examples of how deceptive and racist online content amplified by irresponsible social media platforms has limited participation in our democracy and jeopardized Black Americans' safety.

Online efforts to disenfranchise Black voters are just the latest installments in a long, ugly history of voter suppression, much of it targeting Black communities. In both the run-up and aftermath of recent elections, conspiracy theorists and lawmakers seeking to limit Black voters’ participation made use of a sophisticated online toolkit to advance their agenda, including:

During the last year, we witnessed a more mainstream presence of white supremacist and militia groups online, many of which saw Trump’s racist and xenophobic rhetoric as a source of encouragement. Throughout the year, there were several episodes of online anti-black hate and white supremacist theories spilling into the offline world and leading to violence against Black communities and their allies:

Online conspiracy theories impacting Black Americans have covered a range of topics in recent months, including attempts to delegitimize the Black Lives Matter movement and presenting challenges to public health.

Online disinformation campaigns against Black politicians at the local, state, and federal levels highlight how Black political leaders are frequently targets for vitriol in order to stoke racial divisions and negatively impact Black participation in the democratic process.

Online deception against Black communities is not just about spreading disinformation; the artificial intelligence and machine learning systems that social media companies use to decide what content to show are often biased against Black users. As long as social media companies and lawmakers allow Black communities to be routinely targeted by online disinformation and hate speech, both public safety and the integrity of our democracy will continue to suffer.